Who said “cancel culture” was all bad? Well, of course it is, but America’s current racial reckoning has yielded at least one good fruit amidst all the Black Lives Matter-inspired chaos. Margaret Sanger, the founder of Planned Parenthood who was known as a proponent of eugenics and linked to sterilization of African Americans, has been cancelled. Finally. 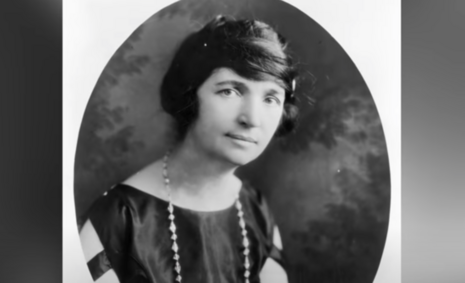 In a way, Planned Parenthood is finally admitting the problematic history of its controversial founder. Too bad Sanger going down the well of history will ultimately serve PP’s ambition to sterilize itself and its horrible baby-killing from the only act really frowned upon in our society, you know, RACISM.

On Tuesday, our friends at The Daily Wire reported that the Planned Parenthood of Greater New York announced the removal of “founder Margaret Sanger’s name from a key clinic after acknowledging Sanger’s legacy of supporting eugenics and racism and as part of an effort to reckon with the organization’s history.”

Of course, conservatives have been railing against Planned Parenthood’s ties to Sanger for years. Her controversies have never been a secret. Sanger’s personal letters from nearly one hundred years ago reveal a woman interested in using abortion and birth control as a way to control the populations of certain demographics, in particular, African Americans. In one she infamously wrote about her desire to employ abortion “to limit and discourage the over-fertility of the mentally and physically defective.”

Sanger also claimed, “minorities (including most of America’s immigrants) are inferior in the human race, as are the physically and mentally handicapped.”

Of course, PP has shrugged off such connections between its chief medical procedure and Sanger’s affinity for eugenics. In the past, the furthest PP has gone is admitting that her past is “complicated” and leaving at that. They’ve also claimed that her controversial letters were “Inartfully written.” Oh, yeah, they were no big deal, really. Especially since – in the bigger picture – the baby-killing org views Sanger as a “hero of great accomplishments.”

But now that a cannibalistic left-wing mob is after Planned Parenthood for sporting the name of their founder who was a racist, the baby-killing company has deemed its association with Sanger too controversial.

Inspired by Black Lives Matter protests, employees of the Greater NY Planned Parenthood clinic composed and signed a letter in June accusing Planned Parenthood of “gross mismanagement” which they linked to a culture influenced by white supremacy and institutional racism stretching all the way back to Margaret Sanger.

The letter read, “Planned Parenthood was founded by a racist, white woman. That is a part of history that cannot be changed. While efforts have been made to undo some of the harm from institutional racism, many of these issues have worsened.”

Like many other businesses, the thought of being targeted and destroyed by an angry left-wing mob scared Planned Parenthood into being very cooperative. Planned Parenthood of Greater New York announced the removal of the name “Margaret Sanger Center” from their main abortion facility.

In The New York Times on July 21, the PPGNY affiliate board chairwoman stated, “The removal of Margaret Sanger’s name from our building is both a necessary and overdue step to reckon with our legacy and acknowledge Planned Parenthood’s contributions to historical reproductive harm within communities of color.” Wow, so brave. Thank goodness Planned Parenthood abandoned its past racism. Now it’s an ethical company.