Hollywood Triggered By Trump’s Bible Reference: ‘Forced Himself on a Church’ 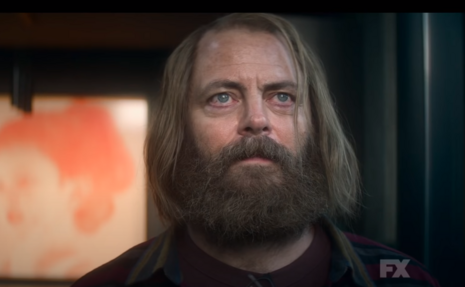 It’s not surprising that the president’s invocation of God during violent protests in D.C. on June 1 didn’t fly with the Hollywood left. The Christian faith is an obvious impediment to their progressive ambitions.Trump’s walk to St. John’s Church and subsequent raising of the Bible amid nationwide riots as leftists raged near the White House, seemed to really get under famous lefties’ skins.

Celebs like Nick Offerman, Stephen King, and Rosie O’Donnell blasted Trump’s symbolic gesture toward America’s religious traditions during this time of crisis. Some of them were so vitriolic it was like the president was giving them a virtual exorcism from the historical St. John’s Church.

Famous Parks and Rec pretend libertarian and real-life lefty Nick Offerman made a mockery of Trump’s religious moment by linking to the former playboy’s “sexual predation.” Offerman tweeted, “This sad boy is known for his sexual predation of women, but this has to be the first time a POTUS has forced himself upon a church?” The president of the majority Christian nation can’t even mention God without hateful commentary.

Bookworm and anti-Trump tough guy Stephen King got in some Christian bashing, tweeting that Christians would have been angry if Obama had brandished the Bible in the way Trump did after his speech. He wrote, “Dear fundamentalist Christian Trump supporters: If Obama had held the Bible backwards and upside down, you would immediately have called him the Antichrist.” Though, really, if Obama invoked Christianity in his job as president a bit more, perhaps conservatives would’ve liked him more.

Pop star Lauren Jauregui retweeted Catholic priest, Father Edward Beck, who asked, “Has the Bible ever been used in a more disingenuous and exploitative way?” Jauregui answered Beck in her caption, saying, “Since the beginning of our recorded time, sir. Last chapter’s looking like it’s real right about now tho.” So rioters are causing hellish scenes, but we’re supposed to believe that it’s conservatives who are ushering the events from Revelation?

Trump hater extraordinaire Rosie O’Donnell retweeted an unflattering cartoon of the president in front of St. John’s Church holding the Bible upside down. This depiction of Trump also featured him standing in front of the St. John’s signpost, which read, “This is a conman.”

Angry anti-American comedian Patton Oswalt snickered over Trump’s appeal to faith. He tweeted, “what the fuck is donald doing has he ever held a bible.” Very funny. Judging by Patton’s usual Twitter rhetoric, we’d presume he has never picked one up, either.