Here we go. In the latest episode of “Comedians In Heresy Getting Blacklisted,” legendary stand-up comedian Dave Chappelle has once again ran afoul of the politically correct crowd with jokes that refuse to kiss the ring of every insane progressive cause on the market. Leftwing sites like Vice and Slate couldn’t handle Chappelle’s jokes on trans people and cancel culture, recommending that viewers “skip” his latest Netflix outing. 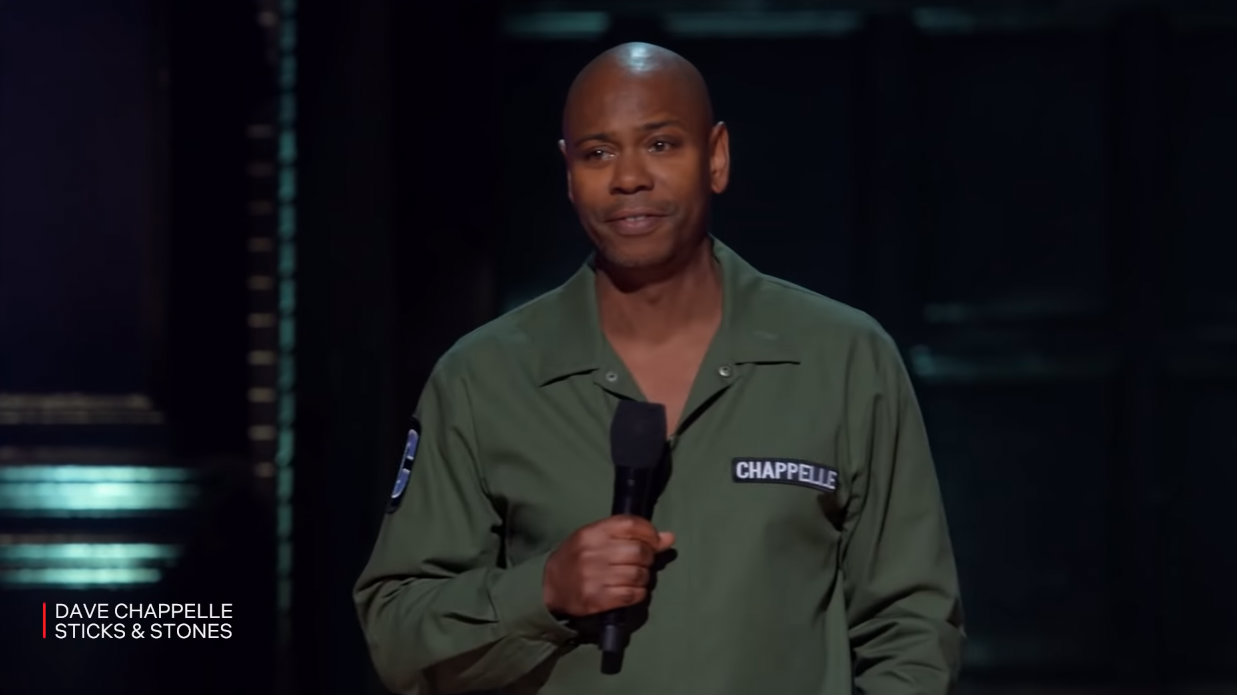 Vice panned Chappelle’s show for doubling “down on misogyny and transphobia,” and just can’t handle Chappelle’s “anti-wokeness schtick,” calling it “repetitive and exhausting.”

It’s all due to Chappelle’s cavalier attitude with sensitive subjects. Vice just can’t be above crying over someone whose career is owed to making fun of things. Heaven forbid we talk about trans people. Maybe if they weren’t so noisy about their need for special treatment, they wouldn’t be such joke fodder. Still, Chappelle’s a monster for joking that he “can’t stop joking” about trannies. Geez, get some ice for that burn, right?

Chappelle claimed, “[trans people] hate my fucking guts and I don't blame them ... I can't stop writing jokes about these n****s.” Vice called the material part of his “now-infamous obsession with making fun of trans people.” Yeah sounds quite monstrous, particularly when such insidious jokes involve wondering what it would be like to be biologically African American but identify as a Chinese man. And might they add, that Chinese reference? Yeah, slightly “racist.” Oh gosh.

Slate took issue with Chapelle’s critique of “cancel culture,” claiming that he directed “exasperation at viewers who aren’t interested in supporting artists and celebrities responsible for horrendous things.” In a way, Slate is correct that it might be a little much for Chapelle to defend individuals like disgraced pervert Louis C.K. or Michael Jackson, but Slate’s attitude that Chapelle has no reason to call out or even question “cancel culture” is problematic. Under that defense, individuals like Kevin Hart are considered “horrendous” for mistakes in their past; they’re one decade-old tweet away from career evisceration and that’s unfair.

Chapelle is mostly making that point — that if the audience sees him “do anything wrong in your life and I find out about it, I’m gonna try to take everything away from you.” Well, yes. That’s how it works with the lefties at Slate, and calling it “projection” on Chapelle’s part doesn’t change that.

Lefty site The Ringer further explained Chappelle’s critique of cancel culture, claiming that he “shares a basic misunderstanding of power—as well as the resulting victim complex—with many other celebrities.” Trans people are still oppressed, some women are abused, and the fact that he jokes about it not being his problem is a problem from the left’s perspective. It’s more that the left has a “basic misunderstanding” of humor, or in other words, liberals can’t take a freaking joke.