Al Jazeera’s never exactly been a reliable source of news when it comes to Islamist atrocities. So it’s not surprising that an Al Jazeera English reporter cried “Islamophobia” in response to reports that an outspoken extremist Muslim leader had a part in the attacks in Sri Lanka that killed almost 300 people and injured 500 others visiting local Christian Churches for Easter Sunday services. 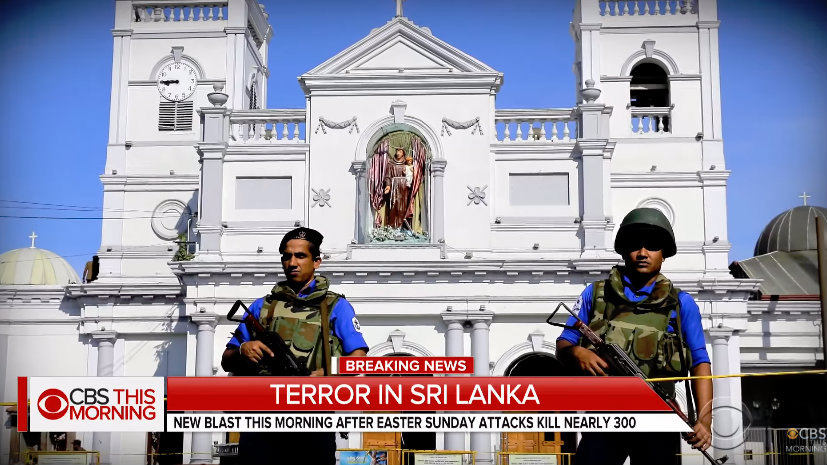 Al Jazeera English reporter Saif Khalid blasted CNNNews18 on Sunday for reporting that the bombings were linked to an Islamic supremacist named Zahran Hashim. On April 21 — via the outlet’s Twitter page — CNNNews18 stated, “Face of #SriLankaTerrorAttack revealed on CNN-News18. Zahran Hashim suicide bomber behind the attack at Shangri La Hotel.” The news source also reported that, according to “top intel sources,” Hashim had planned an attack that for April 4, but it was thwarted.

But was it really? In addition to intel sources pointing to Hashim’s previous terrorist activities, like the planning of the April 4 attack on the High Indian Commission in Colombo, the Jerusalem Post reported that Hashim — imam of National Tawheed Jamaath mosque — “has a history of racism and Islamic superiority.”

In the past, Imam Khalid has been vocal against Sri Lankan buddhists (for which leaders of his group were prosecuted in 2017,) has openly admitted his incitement rhetoric, and has offered support to Dr. Zakir Naik, the president of the Islamic Research Foundation in India, “who is considered to preach incitement and support terrorism.”

Al Jazeera America is funded by the same people who fund Palestinian terror group Hamas, and as stated by an earlier MRC Culture report, the TV station has propagandized for the group regularly, giving the Palestinian side 5 times the amount of coverage during their conflicts with the state of Israel.