The wait is almost over for Hollywood’s big Roe v. Wade film as an exclusive first look has been released online. The teaser, unveiled on Monday, features some new details about the film including the fact that Hollywood conservative superstar Jon Voight will be portraying Supreme Court Justice Warren Burger. The trailer is also set to have a grand unveiling for the crowds at this Friday’s annual March for Life in Washington, D.C. 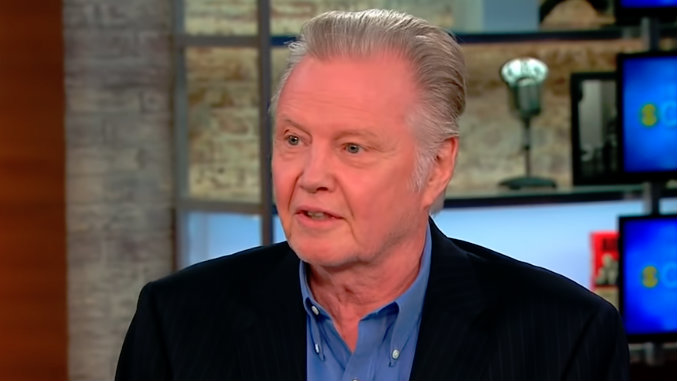 People have been wondering for a while now what exactly the movie’s creators have been up to. The entire production process has been shrouded in secrecy “because filmmakers worried about backlash from pro-choice activists.” Even with all the secrecy, the fact that such a film exists has inspired virulent media backlash and contemptuous rumor-mongering.

On Monday, The Hollywood Reporter covered the big news about Hollywood’s latest conservative feature, claiming that the movie Roe v. Wade is “currently in post-production.” The outlet also provided a short teaser for the upcoming film that sheds new light on what exactly the controversial piece of cinema is about.

The three-minute trailer opens with a shot of Voight as Justice Burger, who voted with the majority in the landmark case. This is followed by scenes of then-SCOTUS candidate Brett Kavanaugh’s confirmation hearing to give audiences a perspective on how significant the 1973 ruling is today.

The upcoming film’s producer, co-writer, and co-director Nick Loeb claimed this juxtaposition was important because “there’s actually a lot of parallels between then and now.” He told THR things that were being argued over abortion in the ‘70s “are strikingly familiar” to what’s being argued today. The timing of this movie couldn’t be more appropriate.

The rest of the trailer unveils a few plot points of the legal-historical drama, and shows the actors who will be given the most screen time. As reported prior, Stacey Dash will be playing Dr. Mildred Jefferson, co-founder of the National Right to Life Committee. Jamie Kennedy and Joey Lawrence also star in the feature, along with newcomer Summer Joy Campbell, who plays Norma McCorvey (Jane Roe.)

Co-director Loeb also has a spot in the movie, portraying Dr. Bernard Nathanson, “who ran one of the largest abortion facilities in the world before becoming a pro-life activist and narrator of the controversial 1984 movie, The Silent Scream.”

Loeb has been under the gun trying to get the film up and running, encountering roadblocks when it came to filming and finding locations and extras after “he was upfront about the title and pro-life bent of the movie.” He even lost a director and “other key staffers” when they found out that the movie would be solely pro-life in tone.

More recently, Loeb and Roe v. Wade have caught heat from social media, with reports that Facebook has both banned ads and prevented the director from boosting posts about the upcoming film. Concerning this, Loeb stated, “This is stealing or fraud.” Last year, the tech giant also reportedly blocked access to the film’s crowdfunding page.