The confirmation of Justice Brett Kavanaugh was a major political loss for the left-wing mob. As expected, all sorts of wailing and gnashing of teeth ensued, especially from Hollywood liberals who have apparently made it their life’s calling to engage in the hysteria. Many of them took to social media to vent their frustration, and their status updates were extreme to say the least. 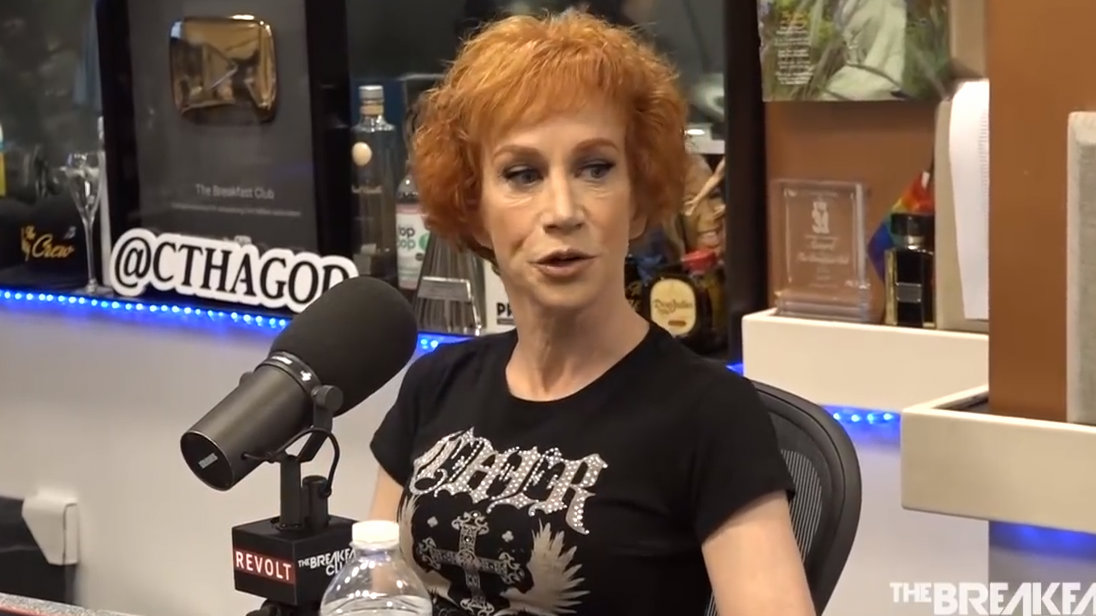 Here are ten insane Hollywood tweets to remind you that many pop culture icons are no one to look up to in terms of human decency.

1.) Of course, highest honors goes to none other than the beautiful Kathy Griffin! The “comedian” worked hard for the top spot, lamenting that Saturday’s Kavanaugh vote marked “a terrible day in American History.” Combine this with another insane and vengeful tweet, in which she screamed “FUCK YOU” to every GOP leader who backed Kavanaugh, and you have the poster girl for left-wing hate.

2.) Ellen producer Andy Lassner receives runner up for his personal and spiteful digs. He responded to a tweet by Judge Jeanine Pirro, writing, “Jeanine McDrunky extends her good wishes to Brett McRapey.” And in response to Sen. Coons’ statement that impeaching Kavanaugh wouldn’t necessarily do well for the country, Lassner tweeted, “But it would get an ill-tempered, vindictive, and credibly accused sexual assaulter off the nation’s highest court.”

3.) Sagging Cabaret singer Cher blasted members of the GOP in a nasty, incoherent, all-caps rant about their treasonous actions. She demanded to know “HOW LIMP R DEMS!? WHERE DO THEY HIDE THEIR [Balls]!? EVIL GOP CONG, SEX & SCOTUS, & [Pussy] GRABBING PRESIDENT IS MARRIAGE MADE IN HELL.”

4.) It wouldn’t be a left-wing mob party without the likes of Rosie O’Donnell. She got diabolical with her post, tweeting, “for Brett and Susan — here it is #Devilstriangle — shame on both ur souls #disgusted” Her tweet also included a photo of Senator Susan Collins, who Rosie addressed, saying “...how much mercer money will you get for ur vote judas collins #wtf.”

5.) John Cusack also went on about the GOP “death cult,” making him sound like the most rational man on the planet again. It’s hard to read due to all the spelling errors, but Cusack wrote, “This in evil — manifested in a sick polluted death cults — that’s is the gop. The cancer that needs to be removed from the body politic.” He also tweeted his desire that republican men and “gop girls” “Go straight to hell.”

6.) Actress Piper Perabo posted a disgusting photo of lady justice being assaulted by GOP lawmakers, captioning it with, “My rage will not extinguish my hope, it will only organize it. #BelieveWomen #BelieveSurvivors”

7.) And George Takei summed up all of the ensuing Trump derangement syndrome by tweeting, “#MAGA Make America GODDAMNED ANGRY.”

8.) Chelsea Handler appeared more calm than many of her showbiz friends, however, she refused to rein in the profanity and petty anger present in her tweet. The “comedian” tweeted, “Another gross day in the history of our country, but the midterms are coming. We are stronger than this bullshit.” At the end she added, “Don’t give up. Fight harder.” Hmm, it seems that the country’s in for a lot more inane screaming.

9.) Family Guy creator Seth MacFarlane posted a long status slamming Kavanaugh’s temperament, making a not-so-subtle dig that he’s not sober enough for the job. “Even if Brett Kavanaugh is innocent — which I do not believe — ALL he had to do to bolster the appearance of judicial fitness was to keep his cool for a few hours.” He then added, “He is unfit for the sobriety of this job.” (Said the guy whose cartoon had a baby drinking horse semen.)

10.) Stephen King was very active on Twitter throughout the Kavanaugh proceedings. He tweeted his final take away from the confirmation, saying “Today’s score: White men behaving badly, 1. Justice, 0.”

To see this level of rage and pure spite can be a little disconcerting. But excellent work to the senators who didn’t bow down to the mob’s tactics. If anything, the left’s unbridled rage was a blessing in disguise as it seemed to wake many up to just how insane some of these people are.