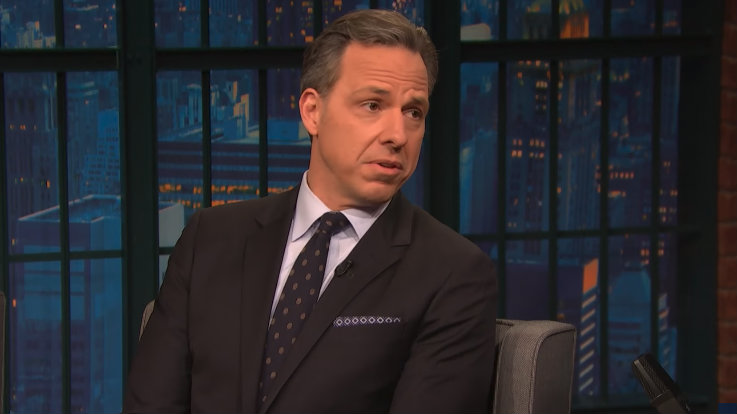 CNN news anchor Jake Tapper is getting his Afghani war book turned into a Hollywood action flick with major tinseltown leading men signing on for the action.

On Thursday, The Hollywood Reporter broke the news that several actors have been selected for the onscreen adaptation of The Outpost. The cast includes a few big names such as Orlando Bloom and Scott Eastwood, as well as up-and-coming Sharper Objects star, Taylor John Smith.

Sharing the same name as its source material, The Outpost is based on the true story of 53 US soldiers stationed at Combat Outpost Keating in Afghanistan during Operation Enduring Freedom. The central crux of Tapper’s New York Times bestseller, and the movie, is that this small band of brave men were forced to engage with a group of hostile Taliban insurgents, 8 times its size.

Scott Eastwood has been cast as Staff Sergeant Clint Romesha, a medal of honor recipient and author of his own book about the battle, Smith as Lt. Andrew Bunderman, and Bloom as 1st Lieutenant Benjamin Keating, who was killed in Afghanistan.

Oscar-nominated writers Paul Tamasey and Eric Johnson adapted the screenplay from Tapper’s novel, and Rod Lurie, the man behind The Contender has been set to direct the film.

Tapper reflected on his opportunity to write his book, and also see it adapted into a major motion picture. In a statement on Thursday, he said, “Telling the stories of the men and women who served at Combat Outpost Keating, and those who love them, was the honor of a lifetime.”

“We can never fully repay the troops and their families, but the fact that millions more Americans will soon learn their inspiring story will hopefully convey to these patriots an even greater and deeper sense of appreciation.”