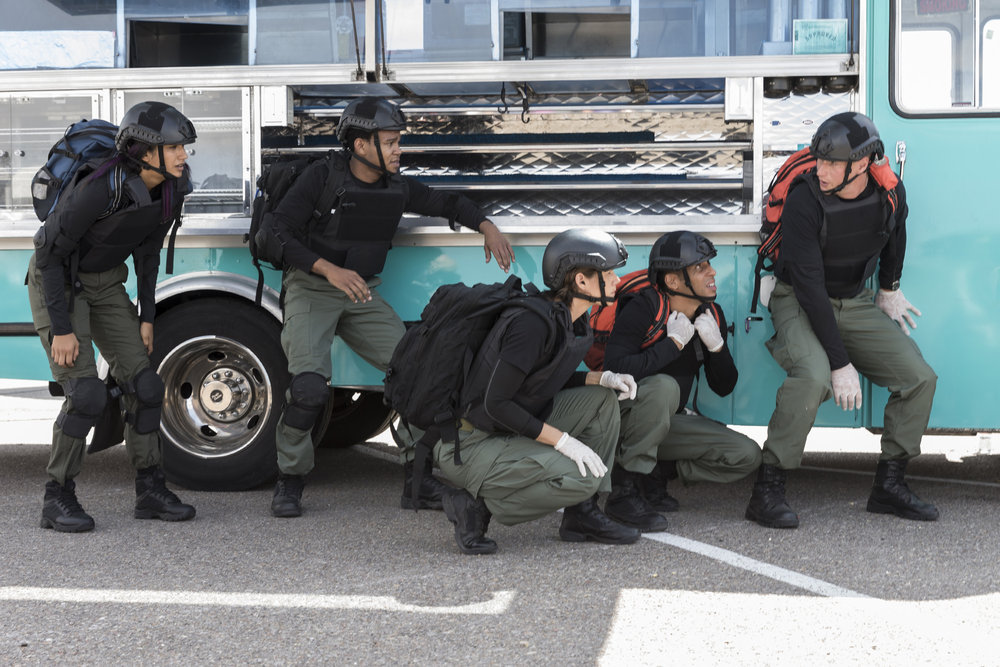 With great trepidation, I tuned into Thursday night’s episode of NBC’s The Night Shift, knowing the plot would center on a mass school shooting and dreading slogging through a predictable story line. Imagine my surprise when conservatives not only weren’t the predictable, caricaturized villains commonly found flinging lead on network television, but were instead the victims of an amped up, coordinated anti-speech mob attack.

For years, conservative speakers have been hounded off college campuses by violent mobs. In ‘Resurgence,’ the mob took these tactics further. The episode opens with the graphic murder of a conservative speaker as he is giving his address, followed by an all-out attack on the campus. As a reporter is shown saying on TV, "Protestors took matters into their own hands when they did not approve of the conservative commencement speaker."

Although I don’t think Antifa is anywhere near coordinated enough to carry out the kind of attack portrayed on The Night Shift, (they’re more likely to start dumpster fires, fling feces, or stab horses in the neck) this was a nice break from the constant stream of shows featuring gun violence where the perpetrator turns out to be yet another anti-government extremist or where justified self-defense is later turned into horrifying mistake.

‘Resurgence’ even borrowed from the radical left-wing’s real-world sloganeering. After murdering a police officer, one lily-white, liberal female shooter proudly proclaims, “I’m putting wings on pigs today.” Similarly, signs urging protesters to “put wings on pigs” have turned up at left-wing rallies with little-to-no scrutiny or condemnation from the media.

And in case the shooter's politics weren’t clear enough from the opening of the episode, one character actually calls her a "left-wing lunatic" and the writers force the audience to suffer through her rant about how the medical professionals trying to save her are “pawns of the imperialist state" and how she "won't stand idly by while others are beaten and murdered," apparently missing the irony that she and her left-wing cohorts are the only people who did any murdering for the entire episode.

Shooter: Think you're saving me, bitch? Save yourselves. You're all just pawns of the imperialist state!

Amira: Lovely manner on this one.

Shooter: This university ignored our protest. So we stopped asking for justice and decided to take it. We vote where the power is, and our power's in the streets.

Shooter: My pain is nothing like the pain the minorities and poor of this country feel every day.

Dr. Alexander: Who elected you as their prophet?

Shooter: The leaders of a police state that calls itself free! I won't stand idly by while others are beaten and murdered!

Dr. Alexander: Boon, will you get her something for the pain to shut her up?

Amira: This woman's tried to kill us and spews nothing but filth yet you still must care for her comfort.

While the shooter is being saved by the people she wanted to kill, a bloodied history teacher in critical condition has his own epiphany. As medics patch him up and cauterize his wounds, he explains, “This is a tragedy. You know, I didn’t care for the commencement speaker either but what they’ve done betrays whatever point they’re trying to make.” Hopefully, more people in the real world will come to the same conclusion before the escalating political violence we have witnessed over the past few years claims any more lives.