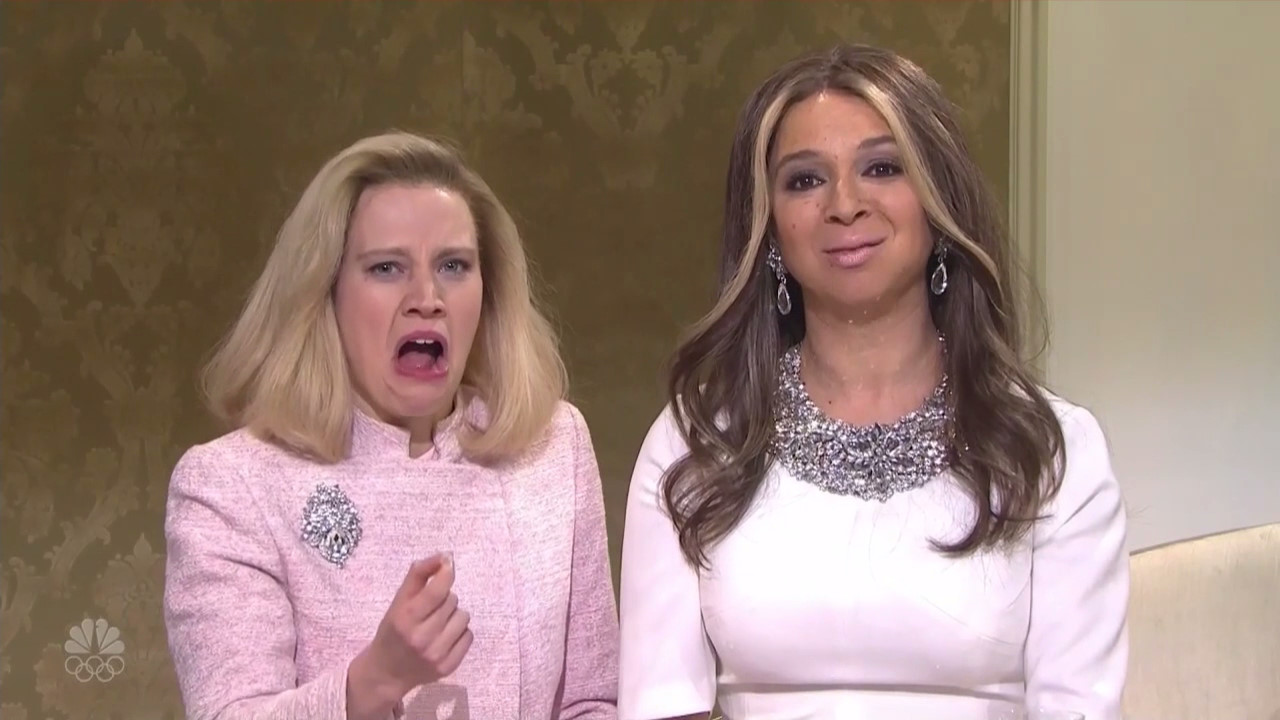 Maya & Marty, NBC’s brand new variety show couldn’t even make it through its debut episode without launching into personal attacks on the wives of Republican presidential candidates.

The new show, starring Maya Rudolph and Martin Short, features Rudolph in a skit mocking Melania Trump. The wife of the presumptive Republican nominee is portrayed as a superficial, materialistic dolt who only cares about diamonds. In fact, she’s so in love with diamonds, she decides to begin eating them.

Senator Cruz’s wife hardly fares any better. The skit portrays Heidi Cruz (Kate McKinnon) as a star-struck sycophant who idolizes Mrs. Trump and doesn’t seem to notice or care when the fictional Melania calls her husband a loser or compares her face to a broken balloon. Meanwhile Mrs. Cruz has fun with Melania's accent, telling her to say things like, "Popsicle," or "Planned Parenthood is the devil's work."

This skit is an embarrassment to comedy, and I won’t hold my breath waiting for a similar attack on, say, Jane Sanders. The media can barely bring themselves to acknowledge Mrs. Sanders’ gross mismanagement of Burlington College.