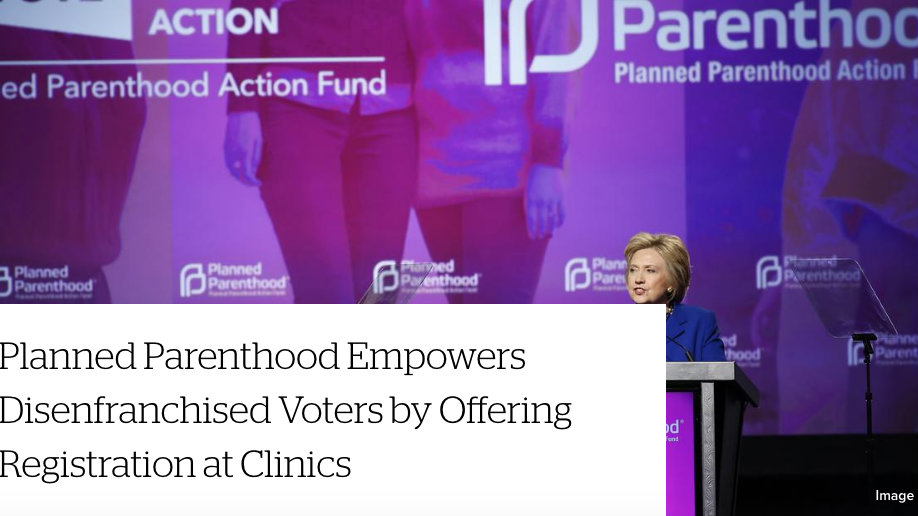 Mic writer, Claire Lampen, boasted yesterday that Planned Parenthood will now be registering voters outside its clinics—in the words of pro-abortion activist, Anna Keene, “No matter what your political beliefs.”

“When Michelle Obama urged the nation to get out the vote in her Democratic National Convention speech, Planned Parenthood apparently listened,” began Lampen.

In 45 states, Planned Parenthood will be registering voters at clinics and on college campuses, according to Lampen. The initiative is called “My Voice, My Vote.”

Lampen rightly acknowledged that the initiative will “be a boon for Democrats” despite being technically “nonpartisan.”

Add the Planned Parenthood initiative to the new comic-book propaganda, “Our Lady of Birth Control,” specifically recommended for Hillary supporters, and leftist politicians will have a lot of favors to pay out after the coming election.