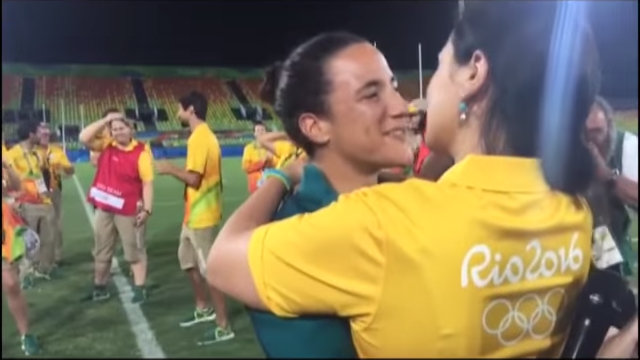 According to The Huffington Post, Brazilian women’s rugby player Isadora Cerullo got engaged to a female manager at the Deodoro Stadium after the manager Majorie Enya gave an “emotional speech.” The online media, including CNN and ABC, saw the opportunity to resurrect the “love wins” slogan.

“I wanted to show people that love wins,” Enya said to BBC.

ABC’s news story detailed how “Twitter erupted with congratulations from around the world for the newly minted couple, with well-wishers tweeting photos, rainbows and hearts.”

CNN’s news story said that the event — “with tears, hugs, kisses and cheering teammates — was as dramatic as an Olympic final.”

The Guardian, Deutsche Welle, and CNN included the “love wins” slogan in their headlines. CNN’s headline was followed by a picture of the couple kissing.