Pope: 'I Am a Bit Angry' at Media's Women Deacon Coverage

CBS flawlessly followed the template for liberal misreporting on the Catholic Church Sunday when announcing the new commission to study the role of women deacons in the early Church.

Here are the four ways that CBS twisted its report on the Catholic Church’s new move: 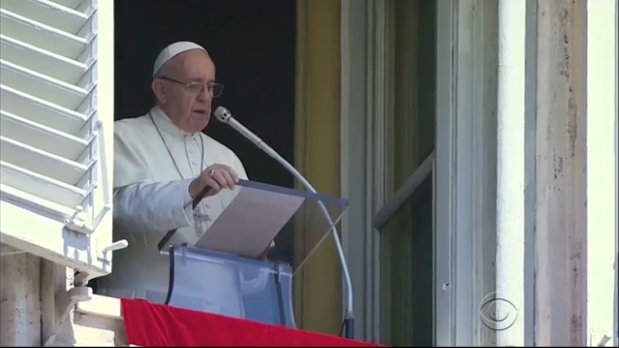 1. Refer to Pope Francis as a “progressive.”

For CBS Evening News, reporter Marlie Hall introduced Pope Francis as a leader “known for his progressive stances.” That statement holds for those who get their knowledge of the pope exclusively from the liberal media – a media who refuse to focus on the pope’s conservative stance on issues such as abortion and gender.

2. Set up a false rivalry between Pope Francis and his predecessor.

In her report, Hall showed a picture of Pope Francis embracing Pope Emeritus Benedict XVI. “Pope Francis’ decision to look into the possibility of women deacons differs from the views of his predecessors,” she said, without providing any evidence for her claim. In fact, John Paul II concluded a similar commission in 2002.

3. Only quote liberals in the Church.

The only expert consulted in the segment was religion scholar Phyllis Zagano, the “only American on the commission.” According to Hall, Zagano “[has] been waiting for this moment for years.” Elsewhere she has argued against Church teaching that birth control can be justified.

CBS isn’t the only liberal media outlet to consult Zagano on the commission. She appeared in The New York Times, NPR and Time Magazine among other sources.

If CBS wanted balanced coverage, the network could have started by interviewing an expert on the history of “deacon.” The word “deacon” has a non-religious origin. In Greek, it designated a “servant,” according to the Oxford English Dictionary. That is why the Church understands the early Church deaconesses not as today’s ordained deacons, but as something akin to religious sisters.

The going narrative for CBS was that the pope “shocked and excited many in the Church last week giving his blessing to begin considering the idea of women in the clergy.”

Pope Francis, moreover, explicitly rejected the media’s two-month old narrative that he considered ordaining women to the deaconate. According to CNA, when he heard reports to that effect in late June, he said, “The first to be surprised by this news was me.”

“Really?” he asked rhetorically. “I am a bit angry because this is not telling the truth of things.” He later joked that the only reason he set up a commission was because commissions are the best way to make sure nothing gets done.

CBS said nothing of the pope’s comments against the media. The network can’t be excused by the fact that Pope Francis gave those statements in June either. The Evening News segment tracked the commission back to Pope Francis’ initial “idea” in May.