Thought Police Turn on JLo For Saying All Lives Matter 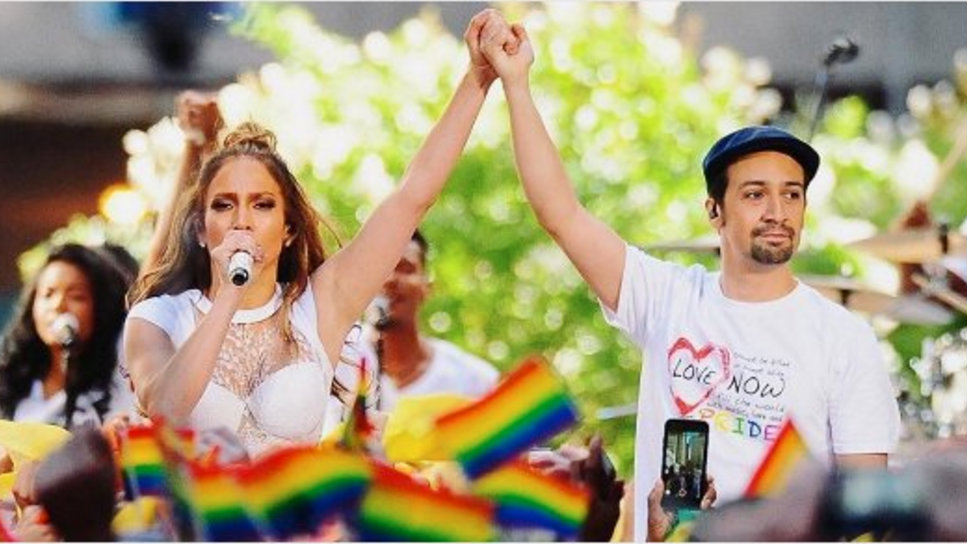 Jennifer Lopez “needs to recognize the damage this kind of rhetoric inflicts on communities of color and issue an apology,” scolded Huffington Post’s Cole Delbyck. But what could “Jenny from the Block” have said to get demoted to "Jenny from the Burbs"—to get Delbyck self-righteously tutting, “Two steps forward, one giant step back”?

Well, she tweeted “AllLivesMatter” “[w]hile promoting her new single ‘Love Make the World Go Round’ to benefit the victims of the mass shooting at Orlando’s Pulse nightclub.”

The rainbow flags, her feminist power costume, her holding hands with liberal darling Lin-Manuel Miranda were all insufficient to shield Lopez from the ensuing backlash.

Lopez apparently committed an act of verbal violence on a mass scale by tweeting such “racist” things to her 36 million followers. After all, as Delbyck states, she used “rallying cry” of “your racist uncle.”

#AllLivesMatter is racist, according to Delbyck, because it erases the “specificity of the black experience in this country.”

Presumably, the status of African Americans as the most oppressed group in America is an empirical question, but Delbyck never cited the empirical data from which he mounts his moral high horse.

Might #BlackLivesMatter be racist for neglecting the specificity of the Native American experience?

While the jury is out on the empirics, Twitter made sure to throw some racist comments back to Lopez for being Hispanic.

Delbyck quoted one tweet, reading, “Jennifer Lopez turned into Jenny from the Burbs.” Another said, “Wait, J.Lo really said #AllLivesMatter like she didn't make at least 17 attempts to be black between 1992 - 2000?”

In response to criticism, Lopez quickly deleted her tweet.

Lopez has officially joined Justin Timberlake, being tar and feathered by the social justice warriors he was trying to support.