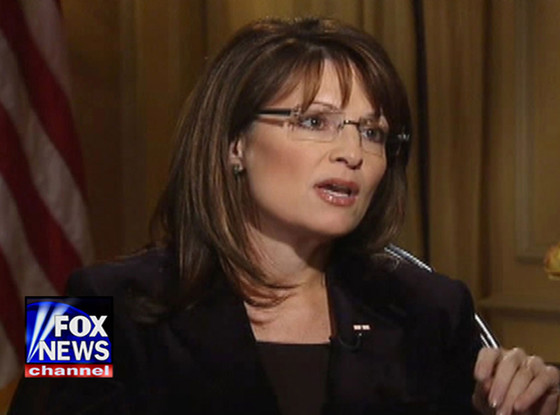 Sarah Palin let fly with a near dissertation-length slamming of ESPN Friday morning for their suspension of Curt Schilling earlier in the week.

Here is what Palin had to say on Facebook:

ESPN IS A JOURNALISTIC EMBARRASSMENT

ESPN – what happened to you? Your intolerant PC police are running amok and making a joke out of you!

By picking and choosing who they’ll tolerate and who they’ll try to destroy, ESPN has zero credibility as a sound and reasonable media outlet. They suspended former major league great Curt Schilling because of his tweet:

ESPN reacted about as fast as a Schilling pitch, wimpering, “Curt’s tweet was completely unacceptable, and in no way represents our company’s perspective. We have removed him from his current assignment … pending further consideration.”

One – there’s been crude, rude bile spewing from the once-great sports network for years now. Trust me. I know. My name and reputation’s been in it. One ESPN affiliate’s on-air rant featuring their misogynist, animalistic “analysts” grunting and giggling through an entire x-rated celebration of violence against women didn’t even draw a chirp from ESPN’s wussified leaders. Look it up; I don’t want to have to recount it. ESPN radio affiliate in Las Vegas got its kicks out of convicted rapist Mike Tyson describing the next rape he’d want to see. (Warning, graphic language throughout that Sept. 20, 2011 broadcast.)

Two – Schilling’s tweet – was he wrong? No! In fact his stats were too generous in estimating Muslims’ attitudes. Reports show it’s 88% of Egyptian Muslims favoring DEATH for anyone who leaves Islam. The majority of Muslims in many other places share the sentiment. In America, these views could be correctly described as “extreme.”

The difference between Hitler’s army and the genocidal maniacs of ISIS is that the jihadists don’t have as much power … yet.

By denying the accuracy of Schilling’s tweet, ESPN shows its weakness as it buys into the propaganda of ISIS and other terror organizations, helping mislead the public about the very real threat of terrorism. It shows once again that ESPN would rather concentrate on liberal global politics instead of report well on our beloved sports.

From those of us who used to LOVE the network (to the point of addiction, some would confess!), I say to ESPN – you are awful in this. Stick to sports.

Of course, Palin isn’t the only to notice that ESPN has more or less become MSNBC with better video, and the flight of sports fans who don’t want to endure lectures on the liberal outrage du jour just to get the scores.