If Paul McCartney and Wings want to record another album, they should call it, Ban On The Run. It could be the Splinter theme song, appropriate since this is “Ban Week” on that crazy, alt-lefty site. 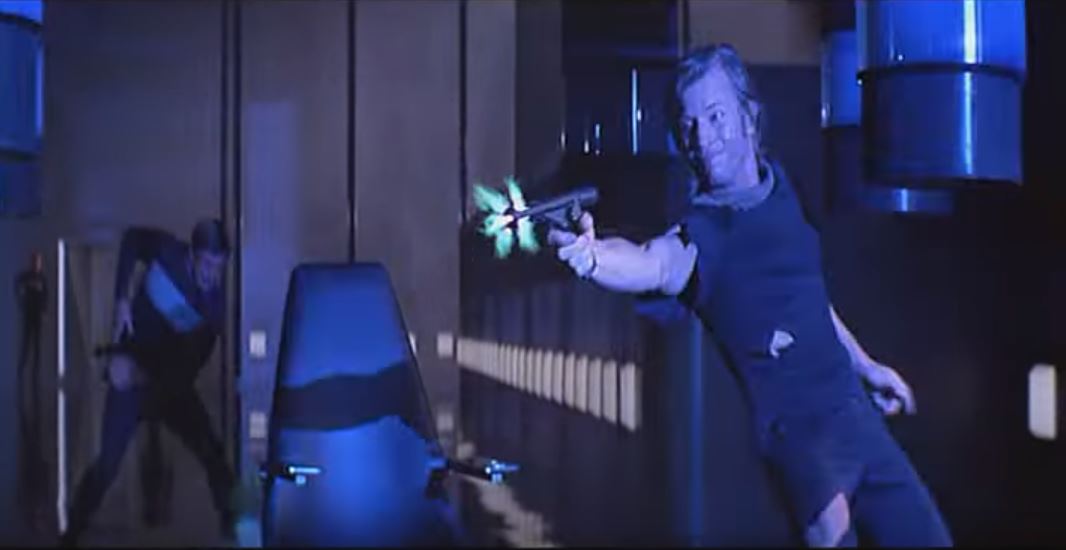 Ban Week gives the Splinter staff a chance to opine (say dumb garbage) about everything from cologne to zoos. If you didn’t think liberals hated everything before, you will now. Even more disturbing is how many facets of life they want to get rid of -- even aging parents. It’s not funny. It’s just bizarre. Logan’s Run beat Splinter to the punch by about 40 years -- depicting the murder of anyone over a certain age and government raising our kids, too. (See photo.)

A few actual quotes from this marvelous journalistic enterprise (bunch of kooks):

Ban Week goes on to discuss banning the NFL, cologne (Boy, I bet the Splinter offices smell nifty) and even zoos.

One of the best is their criticism of engagement rings. The rant starts off noting that hip hop artist Cardi B just got engaged with an 8-carat ring. (Yikes!) This was so upsetting to our author that he/she/ze couldn’t even heart it on Instagram and that “should tell you something about just how much I hate engagement rings and how much they need to be wiped off the face of the Earth.”

Sounds jealous, but it’s not. It’s about the patriarchy. (You knew I was going to write that, didn’t you.) Actual alt-lefty quote: “There is stiff competition, but engagement rings might be the least progressive and most purely patriarchal element of the Wedding Industrial Complex, a monstrosity impervious to feminism and anti-materialism, an enduring display of ownership despite everyone from Lesley Gore to Janet Jackson to Rihanna insisting women are not things to be owned.”

Merge all of these ideas together and let’s look at your society. Men smell … bad because they don’t wear cologne. That makes them super special to the women they want to date (assuming liberals still along men to date womyn) and they can’t even woo them with a nifty engagement ring. Then they aren’t allowed to raise their kids together and when they get old, liberals help kill them off.

Ah, what a Brave New World.

And that nuttiness takes us to the rest of this week’s Week of Alt-Lefty Insanity:

And Speaking Of The Patriarchy: Given the alt-left’s opposition to human relationships, one might hope it would die out when they don’t breed. But liberalism is a virus and it keeps getting passed along.

The Establishment has a lovely piece about the patriarchy, headlined: “When You Can’t Throw All Men Into The Ocean And Start Over, What CAN You Do?” (If the alt-left wants to throw me into an ocean, this one looks nice. It’s pulled from the gorgeous trailer from Disney’s Oceans.)I bet you read that and thought, “This looks like fun.” And if you had any doubts, here’s the subhead: “This society is broken, abusive, patriarchal trash—and not just in little pockets or in dark alleys and frat parties.”

But, wait! There’s a longer version of that amazing, actual quote in the story, with lots more goodies: “This society is broken, abusive, patriarchal (and white supremacist, ableist, hetero-cisnormative) trash. Not just in little pockets. Not just in dark alleys and frat parties. It’s fucking rotten through and through and has been forabsofuckinglutelyever.”

Ah the horrors of our “hetero-cisnormative” society. Dang. We’ve tried for hundreds of years to be normal. (I bet that brings out the haters.) The article goes on to bash “toxic masculinity,” toy guns, success and “wage gap” and conflating them with incredibly serious problems like sex assault. 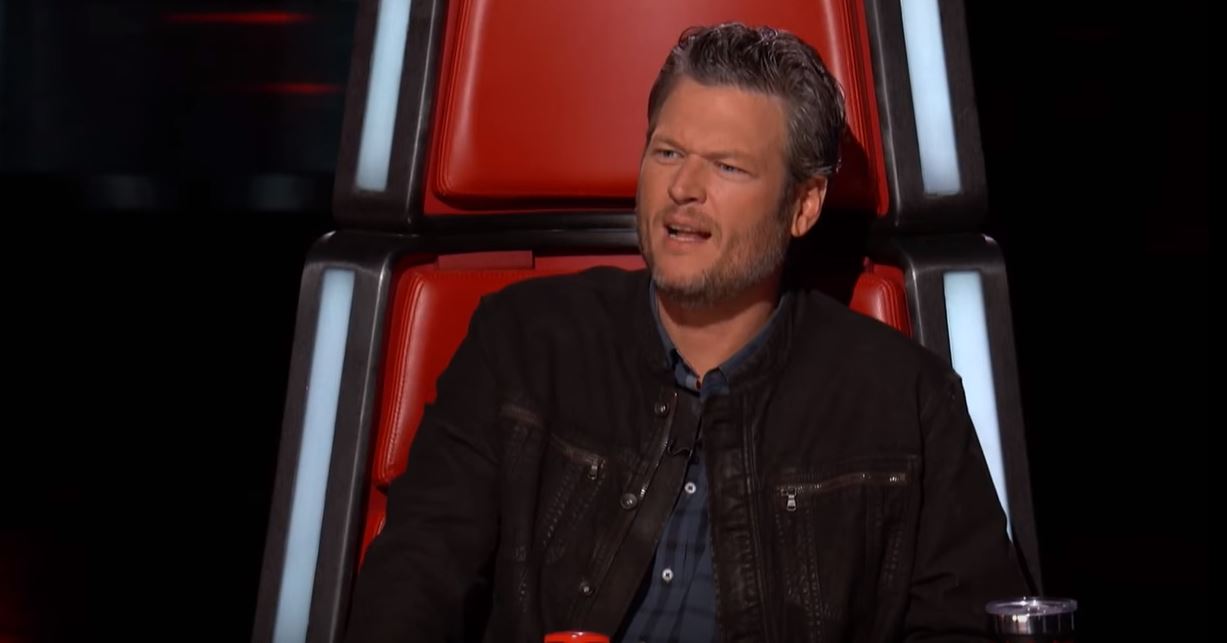 Too Sexy?: The left and the internet are going berserk because Blake Shelton was named People’s Sexiest Man Alive 2017. (Here he is from The Voice. Enjoy. )Horrors. Except the alt-left is no longer even vaguely sane. So this has become a thing.

Now, it’s fair to say I don’t give a damn here. As a straight guy (hetero-cisnormative for our alt-lefty friends), I couldn’t care less who gets named sexiest dude. I don’t even care that much who gets named sexiest woman of the year either, but at least I have a theoretical opinion. While Scarlett Johansson (Black Widow from The Avengers) might get my vote, there are probably dozens of beautiful women in Hollywood who would deserve this honor.

And not only would none of them care what I think, nor should they. But there would be lots of disagreement because we don’t all agree on beauty, wit, humor, personality or any other human trait. Yet the alt-left is in the midst of a tantrum because Blake Shelton won sexiest man and he isn’t a person of color. He’s been attacked as a ‘homophobe” on The Daily Beast, and a “frequent purveyor of weird gay panic, misogyny, and Islamophobia” over at Vox.

There’s Huffington Post whining, “People On Twitter Pretty Sure Idris Elba Was Robbed Of ‘Sexiest Man Alive’ Title.” The article of course names the popular lefty choice. Actual quote: “Like, oh, we dunno, a suave British actor who goes by the name Idris freaking Elba, perhaps?” Now, anyone who is a fan of The Wire knows Elba is an excellent actor. But why the crisis? Oh yeah, Shelton is a white dude.

No, it’s not me claiming race is an issue. Here’s The Root’s actual quote: “Shelton has the face and the personality of a possum, and it’s amazing that People really thought its pick would wow folks. People’s white nonsense definitely has the internet wondering WTF.”

The site doesn’t stop there. There’s this, “White Meats I Personally Find Much Sexier Than Blake Shelton, Ranked.” The list includes everything from “Chicken McNuggets” (No. 19) all the way up to “Yak Meat” (No. 13) and “Bacon Fat” (No. 1). Let’s flip this around and say People had chosen Elba and some right-wing site had posted this about him. You’d hear the internet scream for about a year.

This isn’t intended to be humor. It masquerades as humor to express hate.

Those Evil White Women: The alt-left has a default setting. If you are a member of any minority group -- race, nationality, gender, sexual orientation, etc., then you belong to them. Your vote, your opinions, your person are not your own. That’s been the hidden reason behind the liberal/media jihad against Justice Clarence Thomas, former presidential candidate Herman Cain, Sens. Ted Cruz and Marco Rubio, former VP candidate Sarah Palin, counselor to the president Kellyanne Conway and many more.

So when a group or an individual strays from the approved course, they become targets. In the words of our Japanese friends, “The nail that sticks out gets hammered down.” The Bustle political story version of that is: “How White Women Voted In The 2017 Election Proves They Haven't Learned Their Lesson.”

The rest of the article is filled with compliments for black women who voted for liberal Virginia Democrat Ralph Northam for governor. And those who voted for moderate Republican Ed Gillespie? Here’s a lengthy actual quote:

“However, the gap between progressive and conservative voters is deepened by race, according to [Oregon State University Prof. Kelsy] Kretschmer. The professor says that the voting behavior of single and married black women is not influenced by marriage the way it seems for white women; her observation is corroborated by Katherine Tate, professor of political science at Brown University and author of ‘From Protest to Politics: The New Black Voters in American Elections,’ who noted that black women tend to vote for the collective progression of society as a whole. Similarly, Kretschmer says ‘black women tend to see the well-being of women as really important to their vote choice.’”

Got that? African-American women care about the “well-being of women.” White women? Not so much. God, I love the alt-left.