Are you a good witch or a bad witch?

Answer yes either way and that might make you an alt-leftie. Marketwatch just ran an interesting piece headlined, “Why millennials are ditching religion for witchcraft and astrology.” It didn’t really tell me anything I didn’t know. Young people are embracing the occult faster than you can spell it.

This shouldn’t be surprising. They’ve been getting bombarded with witches, spells, demons, vampires and more for decades -- from Harry Potter to Twilight. It only makes sense that they want to join in. Or, in the words of Buffy the Vampire Slayer witch Willow, they are all “wanna-blessed-bes.” That term even has its own Urban Dictionary mention. Modern feminism especially embraces the occult and witchcraft over the “patriarchy” of traditional faiths. 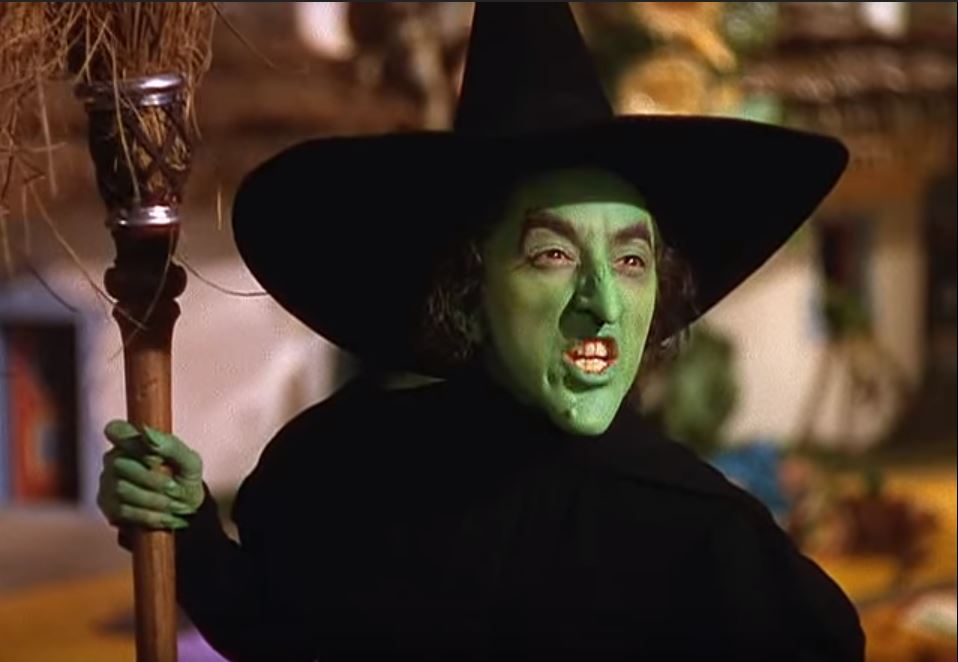 The Marketwatch story includes all sorts of depressing information, including how, “more than half of young adults in the U.S. believe astrology is a science. compared to less than 8% of the Chinese public.” Reporter Kari Paul also noted, “The psychic services industry — which includes astrology, aura reading, mediumship, tarot-card reading and palmistry, among other metaphysical services … is now worth $2 billion annually, according to industry analysis firm IBIS World.” Cue P.T. Barnum.

The alt-left are some of the major beneficiaries of this insanity. Top liberal sites like Vice, Buzzfeed, Bustle and even Cosmo push the occult on their young readers. Countless internet sites run horoscopes, as newspapers did before them. But some outlets go a lot farther. Cosmo interviews “certified astrologer John Marchesella,” who claims that Aries folks, “don't hold grudges. When you think about it, it takes a lot of patience to hold on to resentments." This is how you know it’s garbage. I’m an Aries. (Other famous Aries are Lady Gaga and Kourtney Kardashian. So I got that goin’ for me.)

Over at BuzzFeed, which pretends to be a news organization but is a listicle sweat shop, they do a ton of clickbaity astrology stories. There’s, “66 Taurus Celebrities That Prove They're The Astrologically Superior Sign.” The list includes The Rock, Adele and George Clooney and I got Gaga and a lesser Kardashian, ugh. BuzzFeed did have a cute quiz: “What Your Star Sign Actually Says About You, According To Science.” Click any of the 12 results and it takes you to an answer stating: “You got: Sorry, the stars do not have any bearing on your daily life.” Why then do sites run this garbage? Because it’s web traffic. Not news or integrity.

There’s a cauldron full of witchcraft on these sites. Bustle tells us, “What Witches Can Teach Us About Fighting Back Against Trump.” Or, “How I Found Out My Grandma Was A Witch.” There’s a sitcom feel to some of these stories.

Broadly advertises its occult ties in promo copy. Here are two ads that run next to each other on the site. “Never miss a Mercury retrograde again. GET YOUR HOROSCOPE IN YOUR INBOX, EVERY DAY.” And, my favorite, “Sex, drugs, culture, politics, witchcraft.” I think the Ian Drury version of ‘sex and drugs and rock ’n’ roll” was better and less soul-destroying.

All of that double, double, toil and trouble takes us to this week’s bewitching column, beginning with the resistance:

Red Witches Fighting Capitalism: My brother used to say that you could nail two things together that had never been nailed together before and someone would buy it. Broadly, witch is part of Vice, brewed up this story: “How the Socialist Feminists of WITCH Use Magic to Fight Capitalism.”

Apparently, witchy women have been fighting the power for decades. “The first incarnation of WITCH performed their inaugural action on Halloween in 1968 in New York. Dressed in witch costumes, the activists flocked to the Financial District and chanted "Wall Street, Wall Street, up against the Wall Street" to hex the engine of capitalism,” according to Broadly.

It sure worked. The Dow was around 6,500 in Fall 1968, and it’s now about 23,000. That’s three-and-a-half times what it was. So maybe they didn’t learn to spell correctly. Eventually, the group broke up and went every witch way. Now they’ve gotten the coven back together. “But now a new generation of witches is taking up the mantle from the infamous protestors and carrying on their blend of activism, occult, and theater.”

Yes, the whole article reads like this. I recommend reading it, even if they do turn you into a frog for laughing at them. 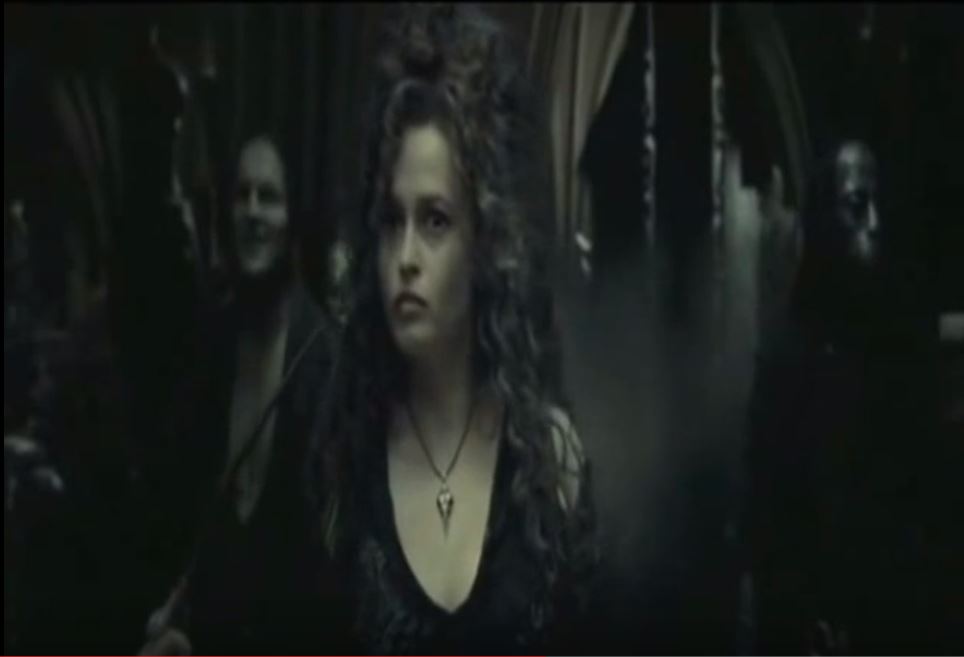 I Put A Spell On You: Witchcraft seems inextricably tied to love as desperate people will do almost anything to win the hearts of those they desire -- even relying on dark arts. But for Cosmo to promote this nuttiness seems unusually crafty for the pro-sex publication.

The story is hilariously headlined: “I Gave a Witch $500 to Stop My Boyfriend From Cheating.” When author Jules McClean (“Names have been changed,” and who can blame her?) discovered her boyfriend Jeff was a cheating scumbag, she decided to … rely on witchcraft to change him.

Not to defend Jeff, because cheating is awful, but it could be he also realized his girlfriend was certifiable. Her sisters told her, “to visit a witch” to see into her future. Apparently, counseling was out of the question. She started consulting dial-a-witch. Soon she paid the witch $80 for a bottle of perfume. Here’s a spellbinding actual quote: “The perfume didn't have a smell to it, and it was pee-colored, with a variety of tiny plastic penises floating in it.” I guess the penises are why Cosmo liked this story.

Then her crystal ball crashes to the floor. “After a few of months of penis perfume spraying, sitting in magic baths, and sending Carmela a total of about $500,” she discovered it was a scam and the witch was quizzing her own sister for info, not predicting the future.

You would think Cosmo would learn its lesson from that story, but they were out promoting singer Lana Del Rey and the witchcraft against Trump earlier this year. Actual headline: “Good Witch Lana Del Rey Participated in Casting a Spell Against Trump.”

‘Witchcraft: 10 Common Myths Debunked’: Leave it to the loons at Teen Vogue to give what amounts to a how-to guide to witchcraft. It even turns to “practicing witch,” Sarah Lyons to set us all straight on practical magic. Here’s thesis statement: “But popular as witchcraft is, it’s hard to know where to start.” (The story even includes a handy link to, “What It Means to Be a Witch.”)

According to Lyons, witchcraft “can be an empowering one for many women.” She added, “there are plenty of different magical paths and traditions out there.” Yes, they believe this. Maybe we are doomed. She adds, “It’s good to support local occult businesses, artists, and authors, but you don’t need to go out and buy a bunch of incense, wands, or crystals to get started.” So the fair trade and localism movements have even taken over the occult.

Next she gives the killer actual quote: “Print out a picture of the god you want to work with from the internet, find what herbs you need in the pantry, or better yet outside.” Yes, pro-science, anti-Christian libs think you can find a random deity on the Internet simply by googling or maybe looking up options in the Advanced Dungeons & Dragons Deities & Demigods book.

Just remember, the future, your future is in the hands of people who believe in this garbage.