Season three of Showtime’s Billions is boasting its newest character: Waylon Jeffcoat (Clancy Brown), the new Trump-appointed redneck conservative Attorney General who comes off as an over the top parody of Jeff Sessions.

At the start of Sunday’s premiere, “Tie Goes to the Runner,” Attorney General Jeffcoat tells U.S. Attorney for the Southern District of New York State, Chuck Roades (Paul Giamatti), to refrain from prosecuting high-profile cases in the business community unless there’s a clear crime:

Jeffcoat: You got some wolf in you, which is why you're not getting fired. Not quite yet, anyway. No, sir, you are among the blessed few. It's end times for most of your brethren, but you have not been raptured yet. I've only kept on seven U.S. Attorneys since the president was good enough to appoint me Attorney General of these United States. I just wanted to make sure our agendas are aligned when it comes to that justice you spoke of moments ago. These high-profile cases you and your people have working? Heap of Wall Street-related matters.

Roades: Well, the markets are within my purview.

Jeffcoat: Well, that may be, but I come from baseball country. We learn at an early age that a tie goes to the runner. And that is how I want you to think of our business community and its leaders from now on. Now, look, if there's a clear crime, then, by all means, you go after it. But if it's a bang-bang play, don't call a man out on a win. Just let that rally continue.

Roades: I thought you come from horse country.

Jeffcoat: Prioritize the cases that make sense. You know what to do with the rest. They're marked so there's no confusion. Come on, let's schottische on into this ballroom. 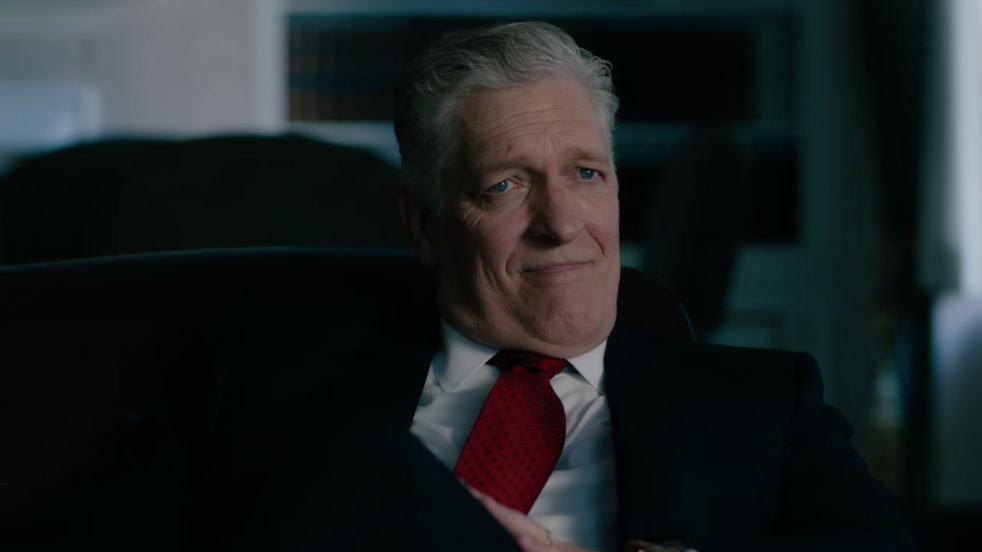 Complete with Southern jargon and biblical references, Billions does not hold back with the degrading material, insinuating that the new attorney general is both a silly hick and evil. Later in the episode, Attorney General Jeffcoat calls Roades to makes sure he’s complying with the order to leave Wall Street alone.

In the apparently mandatory interview with a member of a TV show’s cast explaining how its newest season will tackle Trump era politics, star Damian Lewis told Variety, “Of course, there are parallels with what’s going on. Never before has it been so overt that politics and money have merged right in the White House. I think your current president comes from the world we’re exploring. A lot of his friends and his appointees come from this world.”

Speaking of real-world parallels, it's not Donald Trump who fired all the U.S. Attorneys when he came to power. No, that was a Southern bumpkin president named Bill Clinton. But that wasn't alarming to Hollywood.

Last year, Billions was celebrated for featuring the first gender non-conforming star in a mainstream show. This year, it looks like they’ve decided to get back onto the beaten path and make fun of President Trump like almost every single show on TV.