The network doing the hiring, in this case, was ESPN. The hired activist is former U.S. women’s soccer gold medalist, and World Cup champion Abby Wambach. 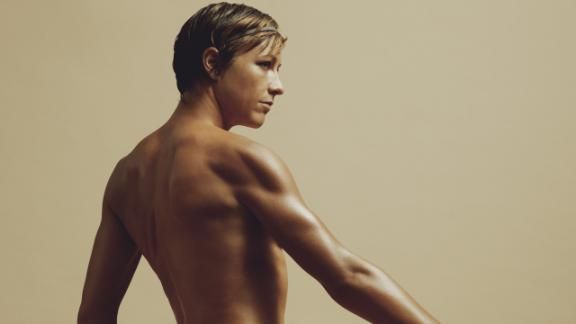 “The former U.S. Women’s National Team star will contribute to the company’s existing entities, such as “Outside the Lines,” while also starring in a new podcast titled, “Fearless Conversation with Abby Wambach.” Wambach released a statement to Sports Illustrated about the career move, crediting her soccer career for allowing her to extend her stay in the sport beyond her time on the pitch.

“My soccer career has provided me with a lot of different experiences that brings more than Xs and Os to the table,” Wambach said in a statement. “I’m excited to join ESPN and to have the opportunity to tell stories that transcend soccer.”

I’m going to go out on a limb here and guess that Wambach’s “fearless conviction” will not be that gender is not a choice, and that bathrooms made for women should only be used by women. Of course, that was the fearless conviction that got Curt Schilling tossed out the door.

In fact, Wambach’s radically pro-LGBT convictions do not require her to be fearless. Because her convictions are already held by the PC overseers at the “four-letter network.” Which makes one wonder why ESPN even made the move to hire Wambach in the first place? Considering they could get precisely her same opinion from any one of their current staff.

However, one thing that Wambach definitely does bring to the table, is precisely the same kind of overt political activism that ESPN claims they’re trying to tamp down. Wambach has openly campaigned for Hillary Clinton. In addition, to being a part of overt political and LGBT activism through groups like Athlete Ally and #DefyLabels.

She also brings a rap sheet. Including a guilty plea to a DUI arrest, and a more than casual history of drug use.

So! Let’s recap: Curt Schilling expressing an opinion on bathroom functionality, that is not only absolutely true but also in line with the vast majority of U.S. public opinion, on his Facebook account, is a fireable offense. Because it was conservative.

But Abby Wambach, openly campaigning for a politician and being a prominent and outspoken member of multiple LGBT activist groups, is a hireable offense.