Amazon's 'Forever' Bashes Christianity: Main Character 'Too Good for Church,' 'There's No God, This is All Bullsh*t' 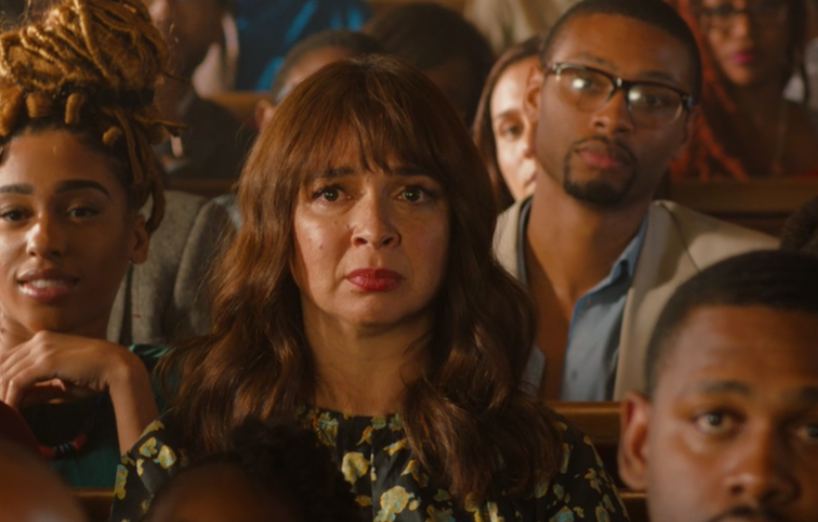 On paper, the new Amazon Prime original series Forever should be great. It stars Fred Armisen and Maya Rudolph as June and Oscar, a middle-class married couple in California. Those two actors together should have made it a hilarious comedy. Instead, Forever was a rambling and pointless slog and, in the second episode, unnecessarily insulting towards Christians.

In the first episode, "Together Forever," starts normally enough as the couple takes a ski trip, but it ends with Oscar having a terrible accident. In episode two, "June," we find out that he actually died in the accident and, one year later, June is still struggling with day-to-day life.

Her best friend Sharon (Kym Whitley) comes to her house on a Sunday morning to find June surrounded by junk food and wine. She tries to help her friend by inviting her to church, but June's reaction speaks volumes.

Sharon: OK, all right, we need to get you out of here. Listen, I want you to go to church with me this morning.
June: What? No. No thanks.
Sharon: Oh, you think you're too good for church?
June: Yes.

Sharon does get June to go to church with her, but only by saying that they can go to Cheesecake Factory after. During the service, the pastor talks about difficulties in the world, and how things don't always turn out how we'd like. He says we can take comfort in Jeremiah 29:11, which promises, "For I know the plans I have for you, to prosper you and not harm you. To give you hope and a future."

June seems to be touched by the message, but then turns on Sharon after the service (after trying to kiss the pastor when he offers her grief counseling). She says of Christianity, "None of this is real. This is just a thing that people made up just to feel better about themselves. There's...there's no God. There's no plan. This is all bullshit." Do you think this storyline would exist with Sharon practicing any other religion? We all know it wouldn't. Fortunately, Sharon does get in her car and leave June there, saying she can call a Lyft to get home.

At the end of this episode, June chokes on a macadamia nut and dies, too. The rest of the series takes place in the afterlife, which is most assuredly not heaven. Are we to believe June was right, this is all there is, "There's no God. There's no plan. This is all bullshit," or perhaps there's something better for believers? Nobody in the afterlife is portrayed as a person of faith or otherwise, so it's hard to say, but these two are just in Riverside, California, where they lived in life. They live a totally mundane existence there.

There are a few more odd takes on life, such as explaining to a man who died in the '70s that "sexuality is a spectrum" now so, even if June were to sleep with her female neighbor Kase (Catherine Keener), it wouldn't make either of them gay.

The episode "André and Sarah" had nothing to do with the series at all. The characters weren't connected, the story wasn't connected, it was just a stand-alone story about two people who we see at various points of their lives deciding whether or not to have an affair and, once having the affair, deciding if they should leave their families to be with each other. Once Sarah (Hong Chau) dies, André (Jason Mitchell) realizes that he missed his chance. To leave his family? June sees André having this revelation (the dead can see the living in Forever) and decides to make some changes to her time in the afterlife and leave Oscar. The three seconds or so where June sees André is the only tie-in to the overall storyline. This entire episode seems to be telling you to have an affair and leave your spouse for that person before it's too late. It was completely bizarre.

This show wasn't a comedy at all but, rather, oscillated between depressing and boring. Every once in a while, they spiced it up with something like "too good for church" or endorsing infidelity to keep your attention from straying too far. I've watched a lot of weird shows, but this ranks pretty high on the list.