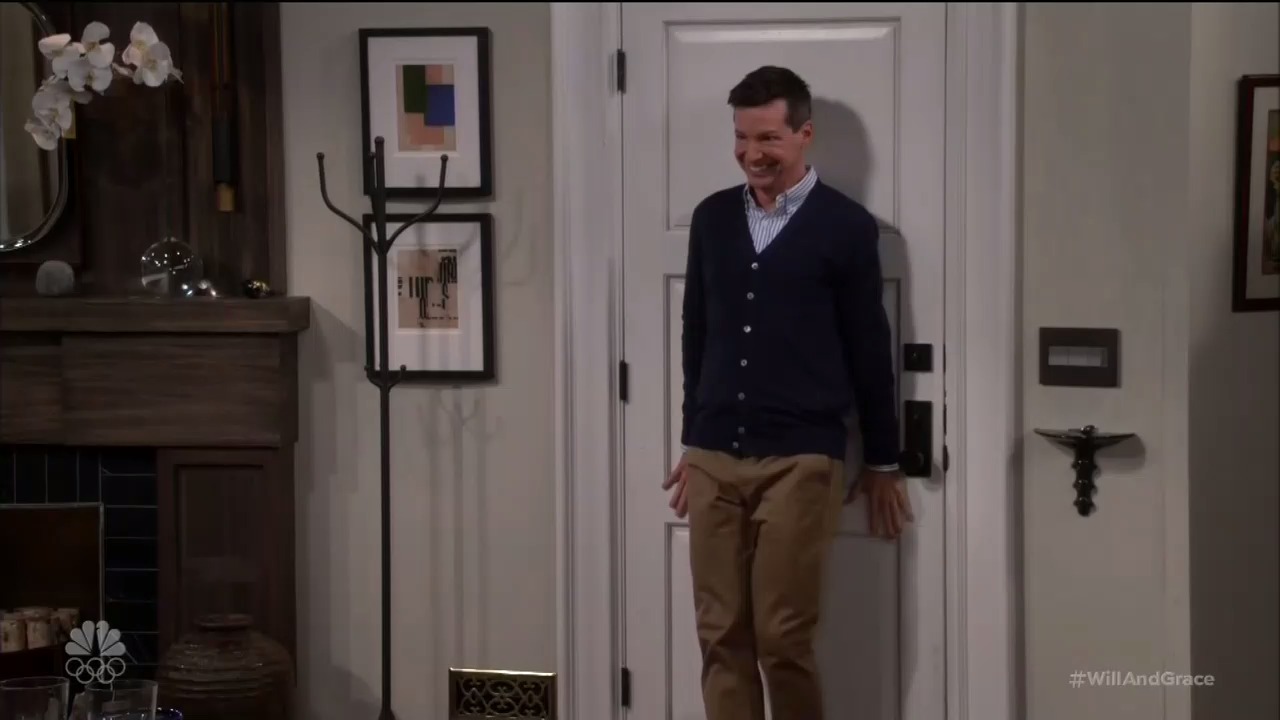 Like the e-mails your aunt forwards you, Will & Grace continues it's steep descent into irrelevancy. On the October 26 episode, "How to Succeed in Business Without Really Crying," we are treated to more ham-fisted one-liners that might play well among the cast, crew, and their friends in the bubble, but are just silly to those of us they count on to actually, you know, watch the show.

At only one minute into the episode, Jack (Sean Hayes) enters the scene saying, "What's gay, beautiful, and and just got rich for doing nothing?" to which Will (Eric McCormack) replies, "Jared Kushner?" Yes, that's the level of humor we're dealing with in this show- playground. Jared Kushner being gay is not a rumor with which I was familiar, so I took a deep breath and checked the internet to see if this was a common conspiracy theory. Getting no results, I have to conclude Will & Grace just pulled that one out of thin air. What of him being rich for nothing? Yes, he was born wealthy and married into another wealthy family. That's true, but he can hardly help who his parents are. What he can help is what he does, and what he did was go to Harvard, get a joint JD/MBA from NYU, and has been successful in business. Sorry, Will. Your joke made zero sense. I'd like to award you points for effort, but I can't imagine it took any.

That applies to most, if not all, of their political jokes. Later in the episode, Karen (Megan Mullally) reacts to seeing a friend cry by saying, "Oh, for God's sake, don't cry. You look like Jeff Sessions watching a black man vote." Yes, the character on the show who is supposed to be a Republican is saying that the Attorney General of the United States is a racist. Presumably, this is in reference to Sessions' history of support for voter ID laws, which would obviously apply to people of all races. Still, voter ID is a favorite straw man among liberals, and Will & Grace is on it! Maybe I should just be happy they even know who the Attorney General even is. It's weird that they neglected to mention that he desegregated schools and took on (and effectively broke) the KKK in Alabama, right? Nah, let's just pretend that voter ID is tantamount to crying at the idea of a black man voting.

Will & Grace, you should never have come back to our airwaves. You should have stayed a happy memory, a thing to treasure in our memories and in old episodes on Hulu. It hurts me to watch you trying this hard to be funny and failing so miserably. I have to wonder how long people are going to keep watching outside of the liberal enclaves that delight in having their own opinions reflected back at them from an sad sitcom.