Chelsea Handler: ‘I Want to Know How to Be a Better White Person’ 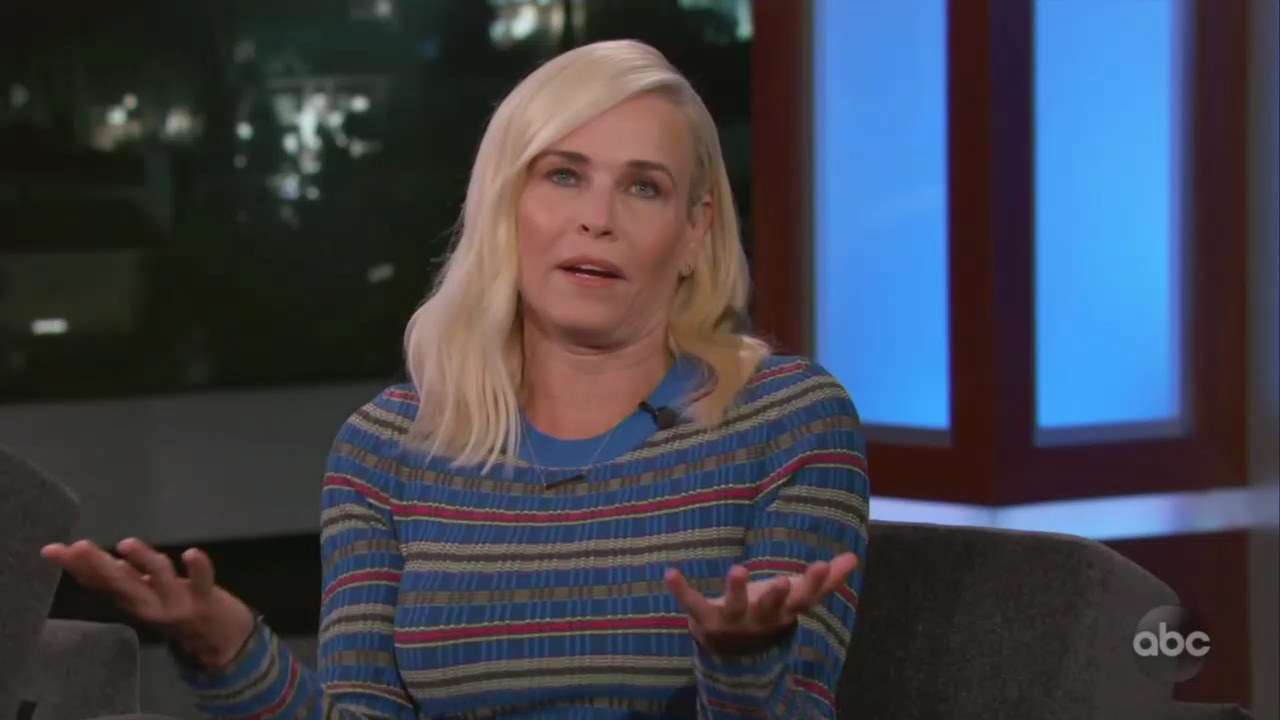 “I’m clearly the beneficiary of white privilege,” Chelsea Handler announces in the trailer to her new Netflix special. “I want to know how to be a better white person to people of color.” Arriving Friday, Hello, Privilege. It’s Me, Chelsea. features yet another rich white celebrity presuming the rest of us are racist rubes and lecturing us on how we should live our lives.

According to the blurb on the YouTube trailer page, included in the documentary are interviews with “fellow comedians Kevin Hart, Tiffany Haddish, and W. Kamau Bell, anti-racism writer and activist Tim Wise, a Republican women’s group in Orange County, CA, college students at an open mic night, and her former high school boyfriend in New Jersey.”

Having the words “me” and “Chelsea” right there in the title tells you what a vanity project the film is going to be and, speaking to GQ in an article published September 9, Handler practically admitted as much. She managed to make a documentary about other people’s experiences with racism all about her and how it made her feel: “It felt really good to look outside of myself and get out of my own experience and start to think about how other people go through this world, and what their hurdles are.”

Wow, spoiled celebrity pauses staring at herself in the mirror for a minute to think about others and feels good about this little moment of altruism. Give yourself a pat on the back, Chelsea!

In fact, it was her own self-centeredness and self-pity about the election that led to this new project:

I think it was just me waking up to the 2016 election and taking a deeper look at myself, and the effects of Donald Trump being elected and why something like that would happen.…I was thinking about what I was putting out into the world, and actually doing a really deep dive to understand my own privilege, because I, along with tons of white people, assumed that white privilege was just for a certain section of society, and it’s not.

“I am already somebody who has benefitted from extreme privilege. What am I going to do with that privilege?” Handler mused to GQ. “What am I going to do set an example for myself, for other people, and to set an example for the rest of the work that I want to do?” Good questions and ones that have yet to be answered. Presumably, "lift up unknown comedians of color" or "step aside and offer one of them the privilege of her Netflix special" were not on the list. I wonder how the woke scolds will react to a white comedian making money off a movie about racism.

Handler said her “awakening” has even improved her comedy, “[M]y humor is so much sharper because I’m more educated. I’m not making those stupid jokes, it’s not necessary.” Well, that remains to be seen, but color me skeptical.

“I always just thought stand-up was collecting a check to be funny. And now I have a message,” Handler gushed to GQ. Great, now she can cash in on her White Savior Complex!