Jason Whitlock has been a voice of reason in an atmosphere full of self-satisfied lefty commentators for the majority of his career as a sports writer and commentator. He’s been a lonely conservative and unapologetic Christian in a business hostile to both. Whitlock has now partnered with The Blaze to create a new podcast in which he will discuss what he identifies as the important cultural issues that face our country today. 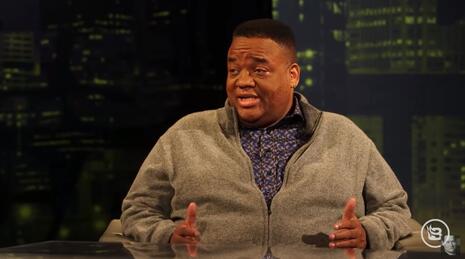 On Tuesday, Whitlock published an op-ed announcing his new podcast, “Fearless,” and emphasizing the evils of Big Tech companies and the movement away from the Judeo-Christian values that America was founded on. “Facebook and Twitter finished the mission of turning America secular, godless, and shamelessly immoral.” wrote Whitlock, “The apps urge self-worship, celebrity worship, and consumerism, which lead to hedonism, idolatry, and materialism.”

Blaze CEO Tyler Cardon also announced the partnership and the company’s plans to open a studio in Nashville.

The famous culture and sports journalist hit the nail right on the head. Most Millennials and Gen Zers have been using social media for a large portion of their lives and we truly do not understand the long term effects of this type of technology. Movies such as The Social Dilemma have only begun to scratch the surface. Zuckerburg and Dorsey’s manipulative platforms have been controlling what we can see for years and our spineless politicians refuse to do anything to help.

Whitlock asserted that Christians are overwhelmingly “branded as racists, Uncle Toms, coons, homophobes, transphobes, hypocrites, and misogynists,” and this makes them afraid to stand by their faith. “They've placed their political identity and racial identity above their religious identity,” he wrote. It's sad, but true.

Here's some news mixed with a powerful column. Please read and share. https://t.co/eizK6bGo1X

His article went even further, saying: “Jesus [has] been canceled, crucified by a toxic secular culture that bullies His believers with threats to expose their sins on the Satan-con Valley social media platforms and/or the Satan-con Valley-catering corporate media outlets.” In a world that rejects the idea of redemption there could not be a more accurate statement than this.

While digging into his own experiences Whitlock explaied that his “testimony is amazing. It's further evidence of the power of faith and the availability of the American dream.” But, he also said:

Fear is destroying America. It locked us in our homes, forced us to cover our faces, and forbade us to worship together for more than a year. It stole freedoms we took for granted. It allowed Colin Kaepernick to polarize our national anthem. It turned rare incidents of deadly police misconduct into a fictional genocidal pandemic. It spawned race hoaxes and a generation of race-baiting grifters. It diminished sports' ability to unify.

But listeners needn’t agree with him or even be Christians to benefit from his idea. “That's the gift of a Judeo-Christian culture. It works to ensure that non-believers receive the same opportunity to pursue their dreams as everyone else,” he concluded.