The New York Times classless liberal columnist Paul Krugman has a reputation for exploiting tragedy for partisan gain, and did so again in a Sunday afternoon blog post about former Republican House Speaker Dennis Hastert, who is accused of using hush money to cover up sexual misconduct with a former student. Krugman reached back to that old liberal standby of social conservative hypocrisy.

Speaking of hypocrisy, Krugman once demanded an apology from a Times colleague for (get this) "caricaturing" his view on an issue, "making it sound far more extreme than it actually was." Sound familiar?

Younger and/or foreign readers may not recall how big a role the alleged moral superiority of small-town America used to play in conservative politics (and still does, to some extent). Republicans portrayed themselves as the party of the “real America”, of family values, as opposed to the decadent left in its enclaves on the coasts. Defense of traditional values played a big role in the 2004 campaign....But what we’re now learning about the Speaker of the House during those years is beyond anything one could have imagined. 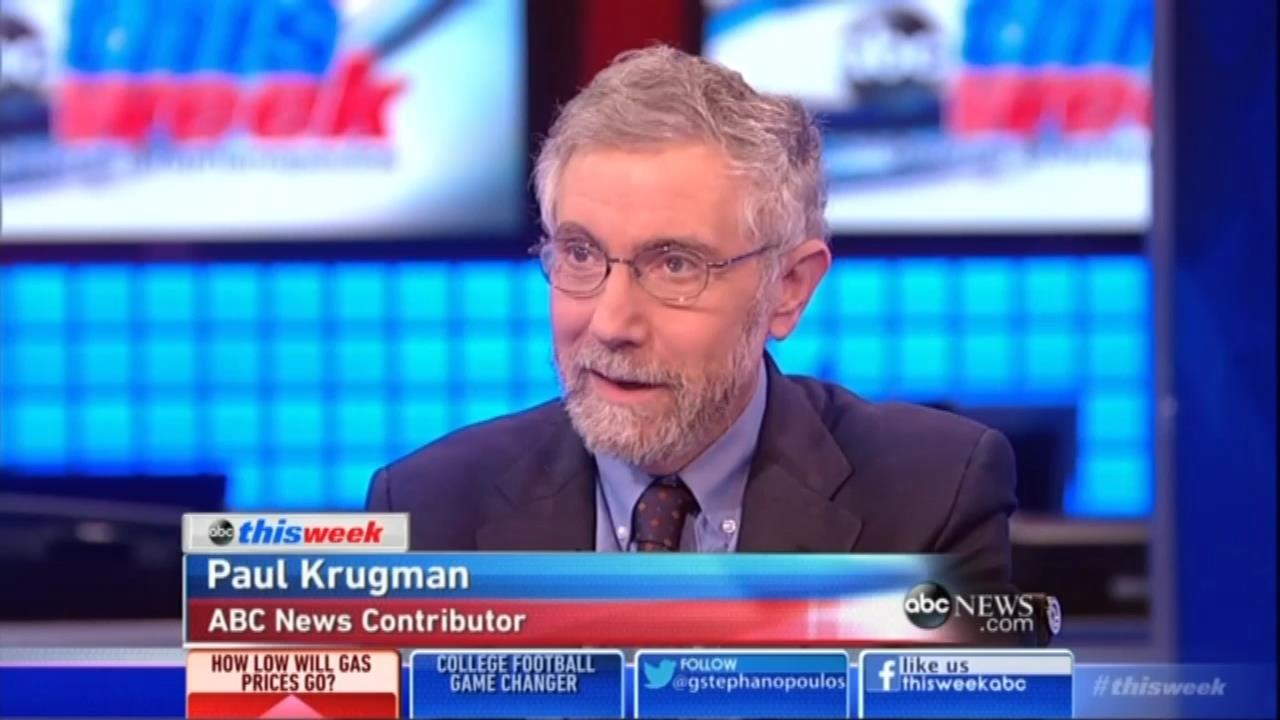 Showing cluelessness as well as classlessness, Krugman blogged about the January 2011 shooting of Democratic Rep. Gabrielle Giffords within a couple of hours of the act, blaming conservatives even before the suspect's name or anything about him was known. Though we would later learn that the shooter was a paranoid schizophrenic, Krugman pointed the finger at the GOP:

We don't have proof yet that this was political, but the odds are that it was. She's been the target of violence before. And for those wondering why a Blue Dog Democrat, the kind Republicans might be able to work with, might be a target, the answer is that she's a Democrat who survived what was otherwise a GOP sweep in Arizona, precisely because the Republicans nominated a Tea Party activist. (Her father says that "the whole Tea Party" was her enemy.) And yes, she was on Sarah Palin's infamous "crosshairs" list.

Several months later, having learned nothing, Krugman greeted readers on the solemn occasion of the 10th anniversary of the September 11 attacks by descending to a loathsome partisan low:

What happened after 9/11 -- and I think even people on the right know this, whether they admit it or not -- was deeply shameful. The atrocity should have been a unifying event, but instead it became a wedge issue. Fake heroes like Bernie Kerik, Rudy Giuliani, and, yes, George W. Bush raced to cash in on the horror. And then the attack was used to justify an unrelated war the neocons wanted to fight, for all the wrong reasons.

His follow-up print column, "Climate of Hate," was no less vile in its partisan opportunism.