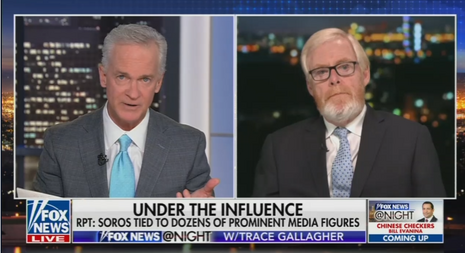 Bozell presented MRC Business’ findings from the final report of a three-part series analyzing Soros’ extensive global media influence during the Jan. 18 edition of Fox News at Night. The two previous reports collectively revealed how Soros dolled out a whopping $131 million to 253 organizations tied to news and activist media around the globe. The media organizations Soros funds help amplify his radical messaging on issues including abortion, Marxist economics, anti-Americanism, defunding the police, environmental extremism and LGBT fanaticism. The final report exposed at least 54 prominent media figures who are tied to Soros through their connections to organizations that he funds. These include major liberal personalities like CNN Chief International Anchor Christiane Amanpour, NBC Nightly News anchor Lester Holt and The Washington Post executive editor Sally Buzbee.

Soros “understands the importance of media and the power of media,” Bozell told Fox News anchor Trace Gallagher. Bozell also took time to slap down a common leftist deflection whenever a conservative criticizes the enormous influence of George Soros. “Remember David Koch and the Koch Brothers? Remember the Mercer family,” asked Bozell. “What they’ve given is a spit in the bucket compared to George Soros. All the hundreds of stories on [the Kochs and the Mercers] and this ‘right wing conspiracy,’ nothing on George Soros.” 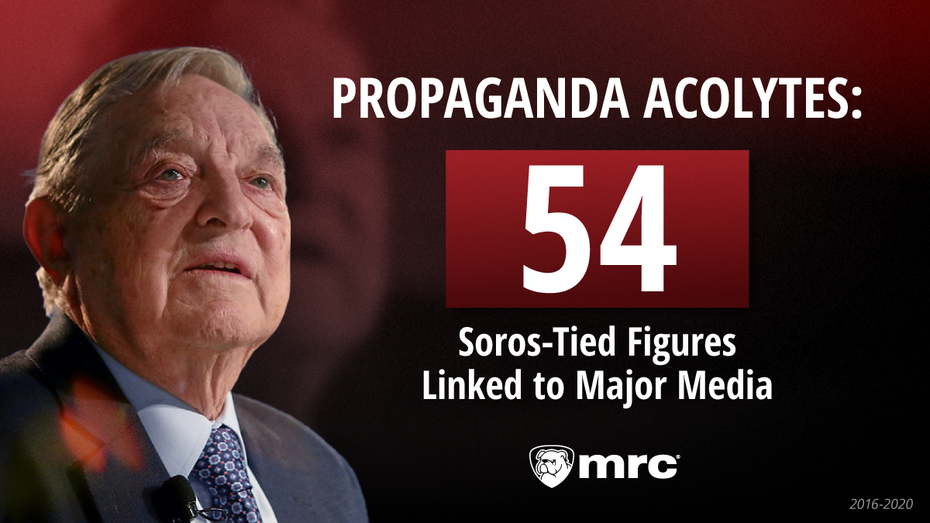 Amanpour and Holt, in particular, are on record openly defending Soros from his critics, which is revealing given their plum positions at the Soros-funded Committee to Protect Journalists (CPJ). Soros poured at least $2,750,000 into the CPJ between 2018 and 2020 alone.

In an Oct. 4, 2018, segment on PBS’ Amanpour & Company, which Amanpour also hosts, Amanpour harassed Hungarian Minister of Foreign Affairs and Trade Péter Szijjártó and accused his boss, Hungary Prime Minister Viktor Orbán, of “stoking anti-Semitism” because he opposes Soros’ radical open border agenda. Over at NBC Nightly News Oct. 23, 2018, Holt exploited a violent attack on Soros’ home to take a generalized swipe at his critics by painting Soros as a “target of conspiracy theories.”