Money talks – and journalism is no exception. 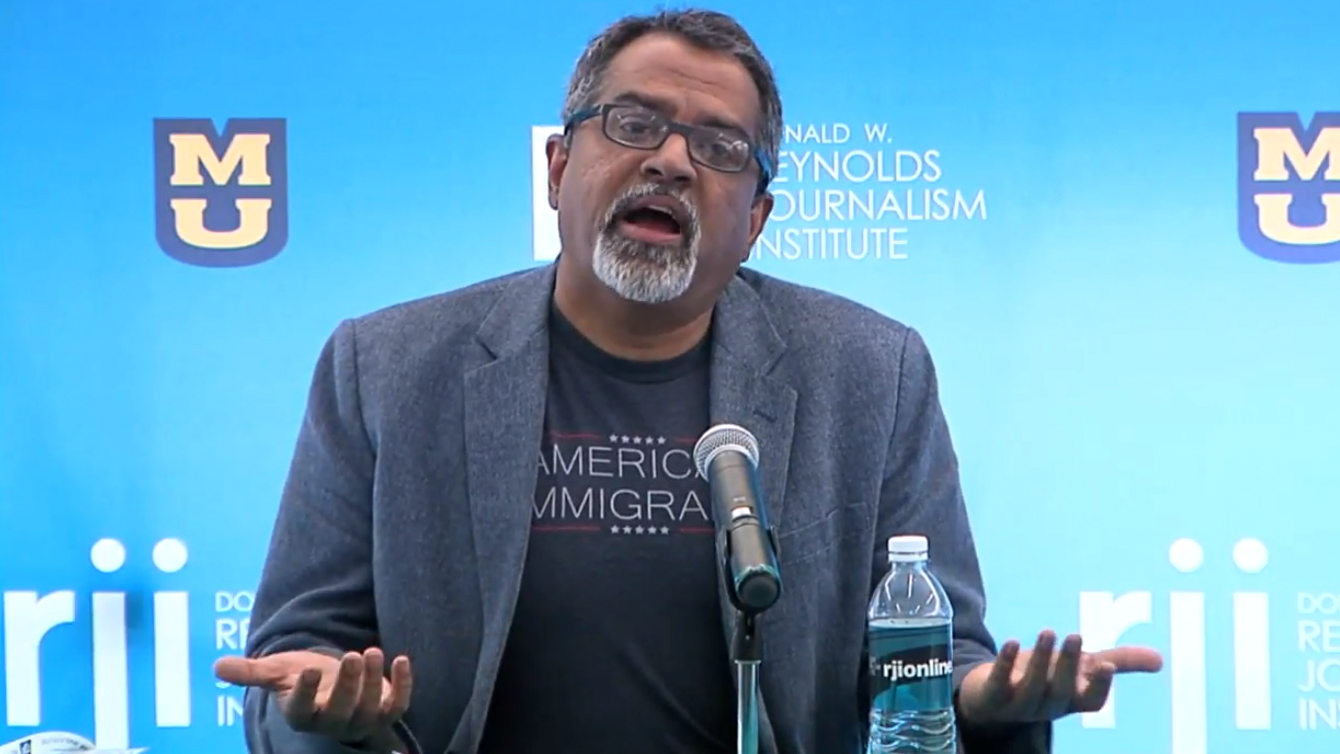 On Monday, Columbia Journalism School announced that digital media expert Raju Narisetti will serve as a full-time faculty member in two capacities: Professor of Professional Practice and the director of the Knight-Bagehot Fellowship in Economics and Business Journalism. But neither he nor the Columbia Journalism School disclosed his unprecedented number of political donations to Hillary Clinton while working in the media.

According to The Center for Responsive Politics, Raju Narisetti donated 40 times to former Democratic presidential candidate Hillary Clinton from 2015 through 2016 while at News Corp. And from 2016 to 2017, while at Gizmodo, he gave three times to political action committee EMILY’s List, which promotes Democratic female abortion supporters running for office.

Those donations combined added to $2,679 for Clinton and $497 for EMILY’s List. But the frequency of the Clinton donations was unusual — 36 times from April 8 to Nov. 6, 2016. When Clinton recently donned a Russian hat during an event at Yale, Narisetti tweeted: “Loved the @Russia hat bit, @HillaryClinton.” 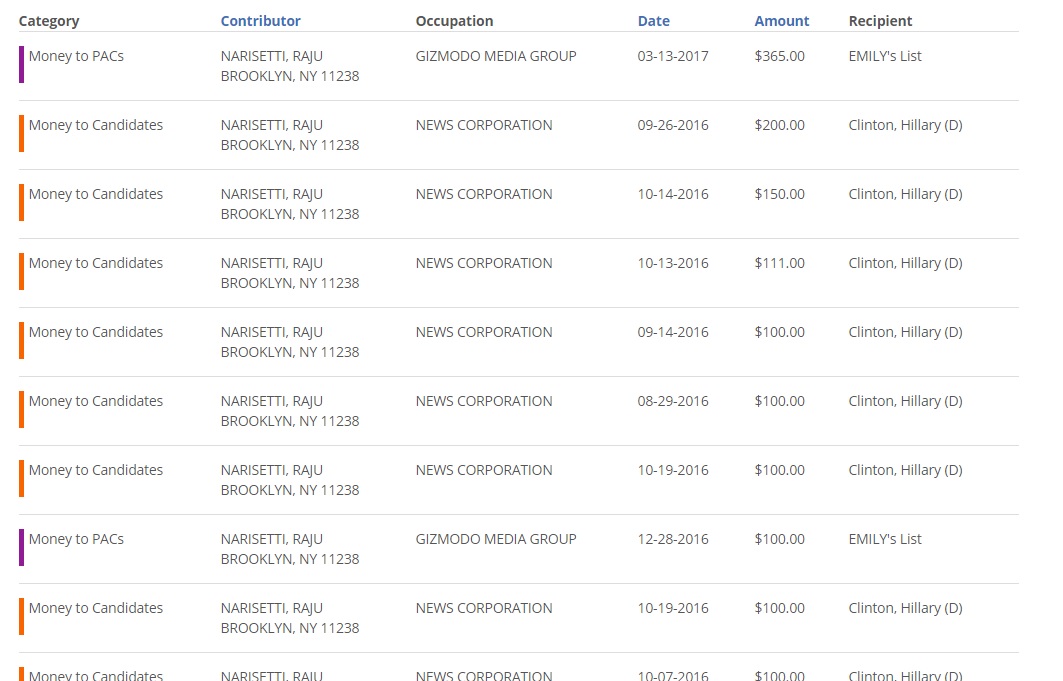 Prior to the new position, Narisetti was News Corp.’s senior vice president of strategy and, then, chief executive of Gizmodo Media Group. He also previously worked as a managing editor for The Washington Post from 2009-2012 and then as a deputy managing editor for the Wall Street Journal beginning in 2012.

Narisetti expressed that he was “delighted to join the journalism faculty” and “lead the Knight-Bagehot Fellowship program,” beginning in the fall.

“Both business journalism and the business of journalism are facing unprecedented uncertainty and tumult,” he added, and the Columbia Journalism School “offers a unique opportunity to explore and innovatively address these challenges.”

But the possibility of political donations affecting the neutrality of journalism is one challenge it’s not addressing. MRCC contacted multiple Columbia Journalism School press contacts for this story. None responded with comment by time of publication.