‘Socialism,’ a Word Too Honest for 93% of Nets’ Venezuela Reports 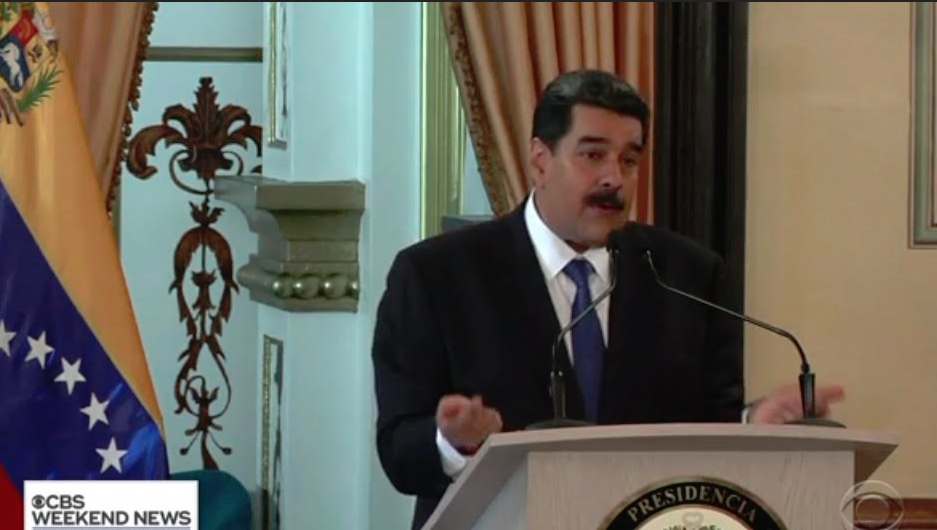 Socialism causes “hellish” suffering and desperation for Venezuelans. But there’s been a major failure by the broadcast networks in their coverage of the South American country’s economic collapse.

They’re not mentioning socialism, hardly at all.

The broadcast networks have reported on the hunger, the desperation and the struggle for power in Venezuela, but their reports refused to name the reason and the ideology behind the suffering 93 percent of the time.

The word “socialism” or “socialist” was left out of 93 percent (44 out of 47 reports) about Venezuela. That included stories on ABC, CBS and NBC evening news reports on Venezuela between Feb. 1, 2018, and Feb. 21, 2019. All three of the stories that acknowledged socialism aired on NBC Nightly News.

Even as President Donald Trump spoke out against socialism on Feb. 18, and criticized President Nicolas Maduro, CBS Evening News focused on American protests over a border wall and included only a snippet of Trump’s remarks.

Showing images of protesters shouting “Trump has to go,” Nancy Cordes reported, “As the president spoke out against a Venezuelan dictator, protesters from Newark to Denver said he is the one overstepping his authority.”

Although the evening news programs showed the desperation (including mothers saying “our children are going to die”) ABC, CBS and NBC often failed to expose the connection between socialism and suffering. The situation is so bad that people search through garbage for food, die in hospitals for lack of medicine and many choose to risk their lives by protesting against Maduro in favor of a new leader.

Economists and Venezuelans expressly blame socialist policies for ruining the country and fear the increasing popularity of socialist ideology in the U.S. and other nations.

Even some liberal media outlets like The Washington Post, The New York Times, USA Today and Bloomberg have admitted socialism was directly connected to the economic collapse of Venezuela (although sometimes it was more likely to be found in the opinion sections). Still, that was better than the evening news shows coverage.

Instead of connecting a socialist government and its socialist policies to the horrors being endured by Venezuelans, most ABC, CBS and NBC evening shows stories cast the crisis as a “political,” “economic” or “humanitarian” one.

Reporters ignored clear and obvious places to mention “socialism.” For example, CBS correspondent Manuel Bojorquez could have easily called Maduro’s policies socialist on Weekend News Feb. 9, 2019, when he mentioned the dictator’s critics. But he didn’t.

“Critics blame Maduro’s policies for the nation’s economic crisis and are pinning their hopes on this man, Juan Guaido, who swore himself in as interim president, backed by the U.S. and others last month,” Bojorquez said that night.

Bojorquez also reported on the “showdown” over humanitarian aid Maduro refused and the desperation of families in Caracas. Again he mentioned the “chorus of Venezuelans who blame his policies for the country’s economic and humanitarian crisis and want him out,” on Evening News Feb. 7, 2019.

NBC’s correspondent Kerry Sanders also said people blame “Maduro’s government for an economy in shambles” and the 1.7 million percent inflation, without mentioning the “s” word in his Feb. 6, 2019 report. 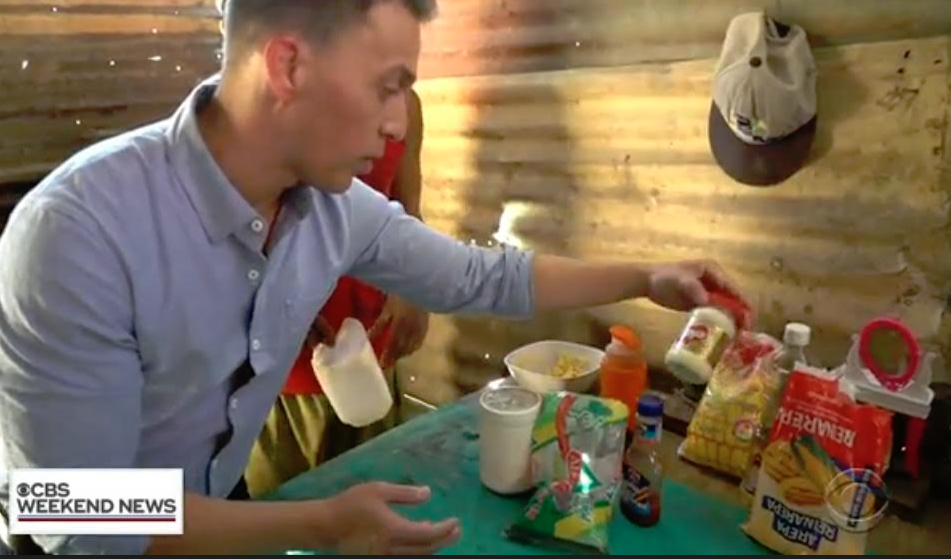 Even if those three reports counted, the percentage of stories with zero indication Venezuela has been socialist for decades would still be 87 percent and a huge failure to accurately report the story.

Former Venezuelan dictator Hugo Chavez was a hard-left socialist and it was his “Chavismo” policies that led to economic disaster. Things got so bad by 2017 that The Independent reported, “Zoo animals in Venezuela are being stolen and eaten as the country sinks further into a food shortage crisis.

Head of political economy of the Institute of Economic Affairs Dr. Kristian Niemietz wrote that Chavez’ policies continued the nation’s “spending splurge,” and added economic interventionism, price controls and “revenge nationalizations” of industry. Niemietz added that Chavez’ successor Maduro follows the same socialist script — and it was those “Chavismo” policies which “exacerbated existing economic problems, and created new ones” leading to the current crisis.

Venezuelan Andres Malave and his family left the country when he was a child, and chose not to return once Hugo Chavez took over. He wrote for Investors Business Daily in December 2018, “These heartbreaking scenes are difficult for anyone to bear, but for me, it's personal. I know many Venezuelans who held out hope that this ‘21st Century’ form of socialism would turn out better than the 20th century version, but their dreams were quickly dashed.”

“Chavez may have died in 2013, but his ideas live on through his hand-picked successor, Nicolas Maduro. Today, Maduro rules Venezuela with an iron grip, fighting the growing opposition as more and more Venezuelans are realizing that Prime Minister Margaret Thatcher was right when she said the trouble with socialist governments is that they eventually ‘run out of other people's money,’” Malave added.

He went on to criticize America’s democratic socialist politicians Sen. Bernie Sanders and Rep. Alexandria Ocasio-Cortez and the romanticization of socialism. He urged supporters of socialism:  “let them come to Venezuela. They will not like what they see.”