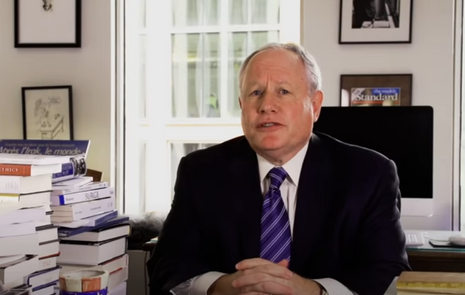 Kristol tweeted at 8:00 a.m. a laundry list of predictions he claimed were “[s]traightforward from here.” One of his crystal ball items he mentioned was: “Inflation subsides.” That prediction only had a shelf life of about 30 minutes.

The Bureau of Labor Statistics released a report at 8:30 a.m. revealing that inflation had skyrocketed a whopping 9.1 percent year-over-year in June for the fastest pace since December 1981, wiping out Dow Jones expectations of an 8.8 percent increase, according to CNBC.

But Kristol wasn’t alone in pumping out terrible takes on inflation before the news broke. CNBC got in front of the BLS report by predicting that inflation “could be peaking.” On July 7, Fortune magazine attempted to hoodwink its readers: “5 signs inflation could be quietly going down.”  MarketWatch published a July 13 story attempting to cushion the impact of the inflation news before it was released: “Brace for a high June inflation reading — but the surge so far hasn’t led to ‘unanchored’ expectations, says BlackRock.” [Emphasis added.]

But talking heads in the liberal media couldn’t even be trusted to be straight about how bad the inflation crisis was even after the 9.1 percent inflation figure was released.

CNBC's Mad Money host Jim Cramer, just 27 minutes after the release of the devastating BLS report, still attempted to put lipstick on the inflation pig by tweeting it was the “last bad number.” CNN published an asinine story just over an hour after the BLS report headlined: “3 reasons not to panic about decades-high inflation.”