DUNCE: LA Times Admits Recession ‘Inevitable,’ Then Spins ‘It May Not Be that Bad’ 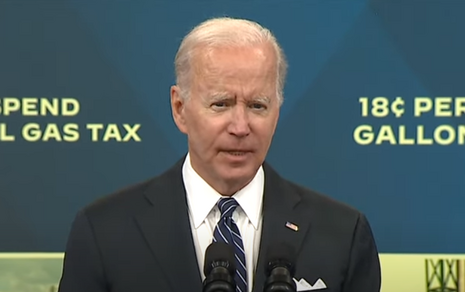 The Times released a tone-deaf story that reeked of economic illiteracy. The story was headlined: “Yes, a recession looks inevitable. But it may not be that bad. Here’s why.” Times staff writer Don Lee trivialized the 40-year high inflation crisis that could legitimately plunge the nation into recession: “Whether it’s President Biden insisting a recession is avoidable or his critics arguing that the wolf is at the door, both sides are acting as if the nation faces an unprecedented catastrophe.” Perhaps Lee missed this June 17 headline from the liberal The New York Times warning Americans about how dangerous the inflation situation really is: “This Is Going to Hurt.” [Emphasis added.]

But Lee, illustrating a new talking point for some media leftists, attempted to make it seem like a recession typified by skyrocketing prices and supply shortages isn’t that big of a deal:

Behind the rhetoric, the reality is that recessions are a normal part of American economic life. The U.S. has had one, on average, every 6½ years since 1945.

But Lee wasn’t finished with hot takes. He lectured readers how “[m]any households are flush with cash, and jobs are plentiful with demand for new workers strong. Banks are well capitalized, which gives them a solid buffer against a business contraction.” He continued his misdirection: “The rebound since [the pandemic] has been fast and strong, largely because of unprecedented government aid to households and businesses." Lee’s argument doesn’t even come close to passing the smell test.

Bloomberg News fact-checked the Biden administration for touting that pandemic-era savings have financially bolstered households. Bloomberg reporter Saleha Mohsin analyzed, “the money is rapidly evaporating for 26 million low-income families.” Lee ignored this glaring caveat and bloviated: “Those extra savings, along with historically low household debt and loan-servicing burden — many homeowners locked in low mortgage rates before the recent increases — suggest that most people are better positioned financially and could help make the next recession milder.”  But a “savings erosion”  wiped out pandemic gains for about 26 million households making the least money, Mohsin noted. This “may undercut recent comments from Biden administration officials.” Mohsin’s reporting just happened to undercut Lee’s gaslighting, too.

On the jobs front, former National Economic Council Director Larry Summers reportedly outlined recently what it would take to rein in the out-of-control inflation:

Ironically, Lee even cited Summers in his propaganda item. But Lee didn’t mention Summers’s recent comments about the need for the unemployment rate to take a hit to deal with inflation.