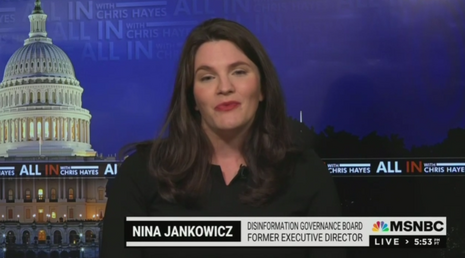 Records suggest that the former darling of the Disinformation Governance Board Nina Jankowicz was one of President Joe Biden’s donors.

Federal Election Commission records show that Jankowicz donated at least $380 to Biden’s campaign and $280 to the Biden Victory Fund during the 2020 electoral cycle.

The most recent donation records suggest she contributed to Biden’s election efforts on Oct. 10, 2020, four days before release of the now-verified New York Post Hunter Biden laptop bombshell, and 12 days before she parroted leftist talking points that the Hunter story was part of “a Russian influence op.” 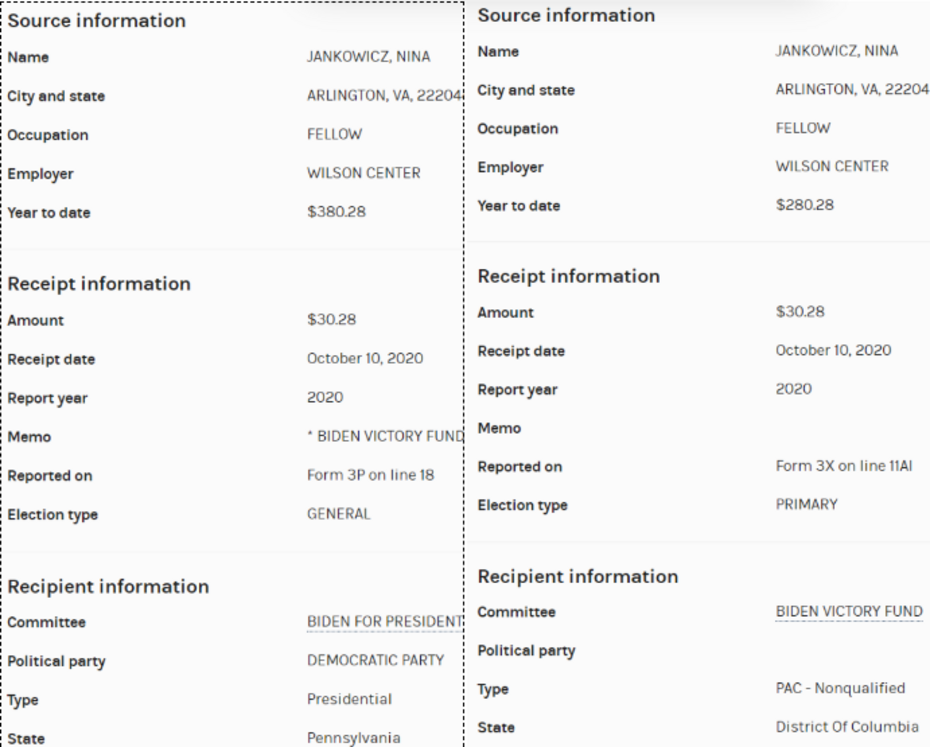 The news comes after Jankowicz played the victim on MSNBC’s All In with Chris Hayes by claiming the assertion “that I’m just a partisan actor was wildly out of context.” The public record evidence linking Jankowicz directly to the current president shows otherwise.

Jankowicz resigned from the DGB following the Department of Homeland Security’s pause on the board’s efforts due to widespread backlash. “[U]nfortunately and ironically we were undone exactly by a disinformation campaign coming from folks who apparently want to put our national security behind their own personal political ambitions,” Jankowicz later whined on the May 19 edition of CNN Tonight.

But Jankowicz’s donations to Biden clearly reveal her “own personal political ambitions.” Jankowicz is on record spreading false Trump-Russia collusion talking points ranging from the debunked Alfa Bank narrative from 2016 to praising a speech that parroted the debunked Steele Dossier. But she’s not the only Biden donor that was leading the DGB.

Two other Daskal-Soros connections were also discovered by MRC. 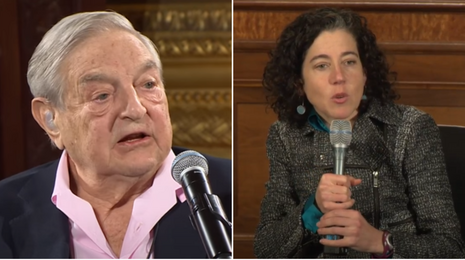 National Review contributing editor Andrew McCarthy referred to Daskal in 2009 as a “left-wing activist who advocated on behalf of al Qaeda prisoners” while working with Human Rights Watch.

So much for former White House Press Secretary Jen Psaki’s pledge the censorship board would “operate in a nonpartisan and apolitical manner."

The MRC made 22 attempts through emails, phone calls, emails and Twitter direct messages to verify Jankowicz’s FEC donation records. MRC reached out to the White House, DHS and the Wilson Center. Jankowicz previously worked as a “global fellow” for the government-funded think tank.

The White House didn’t answer the inquiries and referred MRC Business to DHS, but the department hasn’t responded to phone calls, emails or Twitter messages. MRC Business attempted multiple times to establish contact with Wilson Center spokesperson Ryan McKenna for comment but received no response as of the publication of this article.