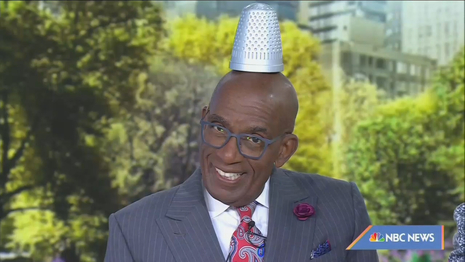 Americans woke up Thursday morning to an economy that contracted in the first quarter. The ABC, CBS and NBC morning news shows ignored the story.

The Bureau of Economic Analysis (BEA) released a report at 8:30 a.m. revealing that U.S. GDP contracted at an annual rate of 1.4 percent in the first quarter. Bloomberg News reported that the terrible news followed a “6.9% pace of growth at the end of 2021.” The median forecast for economists surveyed by Bloomberg was a 1 percent increase, meaning that expectations were off by a sizable 2.4 percentage points.

But the networks did have time to spend hundreds of seconds of coverage on meaningless content, which was insulting in light of the news directly affecting the health of the economy. The U.S. is also struggling amid a plague of 40-year high inflation that is causing prices to skyrocket and pounding Americans’ wallets.

The coverage on CBS Mornings was arguably the most ridiculous. Rather than reporting the GDP contraction news, the network spent a whopping 560 seconds on actress Sutton Foster’s role in the Broadway musical, The Music Man. Co-host Gayle King said the quiet part out loud about how long the interview was: “We were supposed to end this interview a minute and thirty seconds ago, but we didn’t want to stop talking to you.” Maybe the network kept talking to Foster because it was trying to avoid the bad economic news?

NBC’s 3rd Hour of Today kicked off its coverage, in part, by spending 89 seconds debating which vintage board game token to bring back to next year’s version of Monopoly. Viewers were treated to co-host Al Roker attempting to wear the “thimble” token like a dunce hat. There was zero coverage on the BEA report of a 1.4 percent GDP contraction.

ABC’s GMA was no better. The network chose to dish out 289 seconds of coverage on — wait for it — cooking. Apparently the economy contracting amid sky-high inflation wasn’t newsworthy enough for the journos owned by Disney.