Kim Kardashian Gives Tough Love to Women in Business: ‘Get Your F***ing Ass Up and Work’ 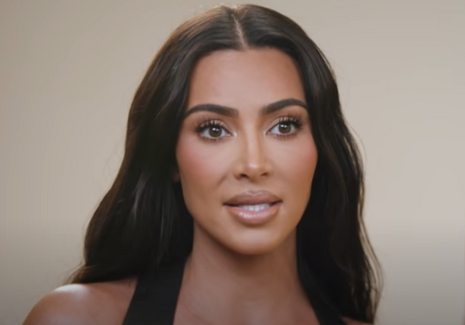 Billionaire socialite and TV star Kim Kardashian had some pretty blunt words of advice to give to the current generation of women in business — “work.” But she added expletives for emphasis.

Kardashian told left-wing magazine Variety in an interview about her family’s “new reality TV reign” that she had “‘the best advice for women in business.’”

Her advice was pretty straightforward: “‘Get your fucking ass up and work. It seems like nobody wants to work these days. You have to surround yourself with people that want to work.’”

She continued: “‘[Y]ou have one life. No toxic work environments, and show up and do the work.”

Addressing the question of the criticism Kardashian has received for being “famous [just] for being famous,” Kardashian retorted: “We focus on the positive. We work our asses off. If that’s what you think, then sorry. We just don’t have the energy for that. We don’t have to sing or dance or act; we get to live our lives — and hey, we made it. I don’t know what to tell you.”

Kardashian’s tough love advice was enough to send the politically correct crowd in the liberal media into a crazed frenzy.

Over at the insufferable Jezebel, which once posted a disgusting hit piece wishing death on former senior adviser to President Donald Trump Stephen Miller, the magazine attacked Kardashian:

Kim Kardashian knows a thing or two about work. She’s been denied overtime and legally-required breaks. She’s been forced to eat work-related expenses after her boss refused to reimburse her and has been left in the lurch by an employer who wouldn’t pay her adequate wages—oh, wait, I got that part wrong. These specific employment abuses did not, as far as we know, happen to Kim K: According to a lawsuit filed last year by seven people who worked in her household staff, that’s how she treated people who worked for her.

BuzzFeed ran a hit piece on Kardashian for her remarks in a March 9 piece headlined: “Kim Kardashian Is Facing Backlash For Her ‘Advice For Women In Business.’” The outlet whined: “Many pointed out that Kim's father was wealthy and famous, and Kim herself grew up in Beverly Hills.”

Perhaps leftists in the media can’t stand it when a businesswoman thinks for herself and is willing to be forthcoming on the grueling motivation it takes to be a successful entrepreneur.

Conservatives are under attack. Contact BuzzFeed at newspr@buzzfeed.com and Jezebel parent company GO Media at contactus@g-omedia.com and demand they stop having a conniption over the American ethic of hard work that Kardashian is espousing.