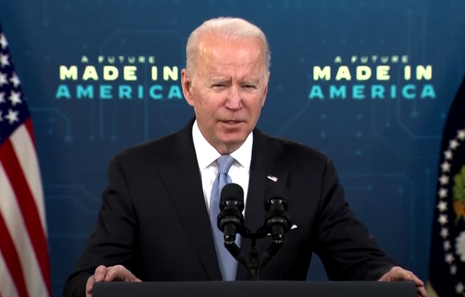 The Bureau of Labor Statistics published a Feb. 4 report showing the economy added 467,000 jobs, which blew past estimates. The media swallowed the news whole. CNBC’s headline was: “Payrolls show surprisingly powerful gain of 467,000 in January despite omicron surge.”

ABC News salivated: “US economy defies omicron and adds 467,000 jobs in January.” But The Journal had a surprisingly different take, and it was an eye-opener: “Who knows what to make of Friday’s report on January jobs? The employer survey showed a blowout of 467,000 net new jobs for the month, but the numbers were skewed by major Labor Department revisions for the U.S. population and civilian employment.” [Emphasis added.]

Here was The Journal’s bombshell conclusion: “Without those changes, the jobs number would have declined.” It continued: “Add the complexities of adjusting for winter weather and Covid’s Omicron variant, and no one should make too much of this one monthly report.” [Emphasis added.]

Of course, none of the ABC, CBS and NBC evening news shows thought The Journal’s narrative-shattering context was worth mentioning when they touted the jobs numbers on their Feb. 4 evening broadcasts.

The Journal viewed the context behind the jobs report to spell trouble for the Federal Reserve, whose chairman spent many months in 2021 downplaying the threat of inflation:

The news is more troubling for the Federal Reserve, which has to make sense of these numbers as the central bankers try to figure out whether and how much to raise interest rates in March. The magnitude and breadth of the wage gains suggest that inflation is going to be stickier than optimists hope, [emphasis added].

“The Fed has its work cut out escaping the price predicament it has helped to create,” The Journal quipped.