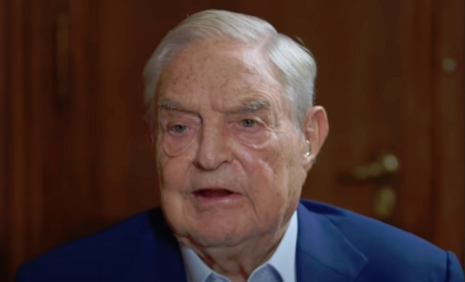 VIJ President and Director Nicholas Turner exploited the deaths of George Floyd and Breonna Taylor in the organization’s 2020 annual report to assail America as harboring “structural racism.”  In addition, Turner attacked the American criminal justice system as having “roots established in slavery.” Soros’ Open Society Foundations gave the VIJ at least $10,774,679 between 2016 and 2018.

Schoffstall broke down the details of the group’s new contract from President Joe Biden’s administration:

The Department of Health and Human Services (HHS) awarded the Vera Institute of Justice, a left-wing nonprofit that backs defunding the police, the contract in 2021 to ‘provide immigration related legal services to unaccompanied minors,’ according to USASpending, a federal contract database.

A blog published on the VIJ website by former Vera Project Director for the Reshaping Prosecution Program Jamila Hodge, called for dismantling the police. Her blog was headlined, “How can we change a system set up to control Black people? By radically dismantling it.” Her demands were extreme: “We must defund a system that perpetuates harm and instead shift investment to community solutions that work.”

Immigration Reform Law Institute Investigative Associate Jason Hopkins reportedly described the VIJ to Schoffstall as “'a behemoth progressive nonprofit based out of New York City with well over a $140 million budget, which they use to fund a slate of progressive causes and initiatives across the country.'” According to Schoffstall, “Hopkins said the institute gets around half of its funding from the federal government. In fact, between July 1, 2019, and June 30, 2020, nearly $137 million of the group's $174 million in revenue came from government grants, the institute's most recent tax forms show.” Hopkins’ group reportedly estimated that “taxpayers will locally dish out at least $5.6 million in some cities for a deportation legal defense initiative Vera is involved with.”