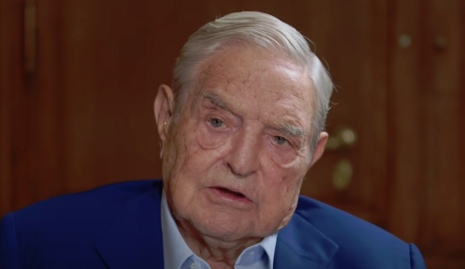 The notorious Sixteen Thirty Fund “doled out a whopping $410 million in 2020” for the purpose of “aiding Democratic efforts to unseat then-President Donald Trump and win back control of the Senate,” according to Politico. Soros’s Open Society Foundations gave the Fund a sizable $33,523,483 between 2016 and 2020.

This means that Soros’ four-year contributions compose roughly around eight percent of the total amount of money the Fund dumped to defeat Trump and the Senate GOP in 2020. The group “financed attack ads against Trump and vulnerable Republican senators and funded massive get-out-the-vote and issue advocacy campaigns amid the coronavirus pandemic,” according to a newly released tax filing obtained by Politico.

But that’s not all. Politico stated that the groups’ “multi-million dollar grants singlehandedly powered some other organizations on the left.” In addition, the Fund incubated other groups, “as a ‘fiscal sponsor,’ that fought against Trump’s Supreme Court nominees, backed liberal ballot measures and policy proposals in different states and organized opposition to Republican tax and health care policies.”

Politico analyzed that the amount of spending that the Fund unleashed in 2020 alone was emblematic of the hypocrisy of the left’s embrace of “dark money” after Democrats panned Republican usage of similar funding pathways:

[Sixteen Thirty Fund’s] massive 2020 fundraising and spending illustrates the extent to which the left embraced the use of ‘dark money’ to fight for its causes in recent years. After decrying big-money Republican donors over the last decade, as well as the Supreme Court rulings that flooded politics with more cash, Democrats now benefit from hundreds of millions of dollars of undisclosed donations as well.

Citizens for Responsibility and Ethics in Washington (CREW) Research Director Robert Maguire told Politico that the Fund was “the largest fundraising machines I have ever come across.” CREW claims to be a government ethics watchdog, but it is also a left-wing organization funded by OSF ($2,350,000 between 2017 and 2020).

The Fund has gone beyond trying to end the careers of Trump and other GOP politicians. One of its radical pet projects, Fix Our Senate, was recently behind a push to kill the Senate filibuster.