The BLS reported at 8:30 a.m. today that the U.S. economy added only 194,000 jobs in the month of September. The BLS figure completely dismantled predictions by economists surveyed by Refinitiv who were expecting a 500,000 increase. That means predictions were off by a whopping 306,000 jobs.

CATO Director of Tax Policy Studies Chris Edwards told the MRC in response to the BLS report that “[l]arge and small businesses are surely worried about the large tax increases planned by the Democrats in Washington.” He continued: “Businesses invest and hire to earn after-tax profits, so the Democrats’ proposed $1.5 trillion or so in business tax hikes are likely undermining plans to expand production and add workers.” Continuing an atrocious streak of behaving like derelicts, ABC Good Morning America (GMA), CBS Mornings, NBC’s Today and NBC’s 3rd Hour of Today all treated the story like it didn’t exist.

News Nation Now, however, reported on the massive miss as a “major disappointment.” Perhaps the Big Three morning news shows should take notes.

.@NewsNationNow on the September jobs numbers... @ABonTV: "Aw, shucky shucky now...It's not exactly a good report...Not exactly great news."@PaulGerke: "No, it's not...The key here is that we didn't quite hit the mark...to put it bluntly." pic.twitter.com/uZvVIVq556

GMA’s only mention of anything having to do with the report was the small chyron at the bottom of the screen that was extremely benign. It would be hard to tell there was anything wrong with the jobs market given the chryon’s milquetoast headline: “Wall Street Reacting Today to Monthly Jobs Report.” Seriously, that was the extent of GMA’s jobs coverage. 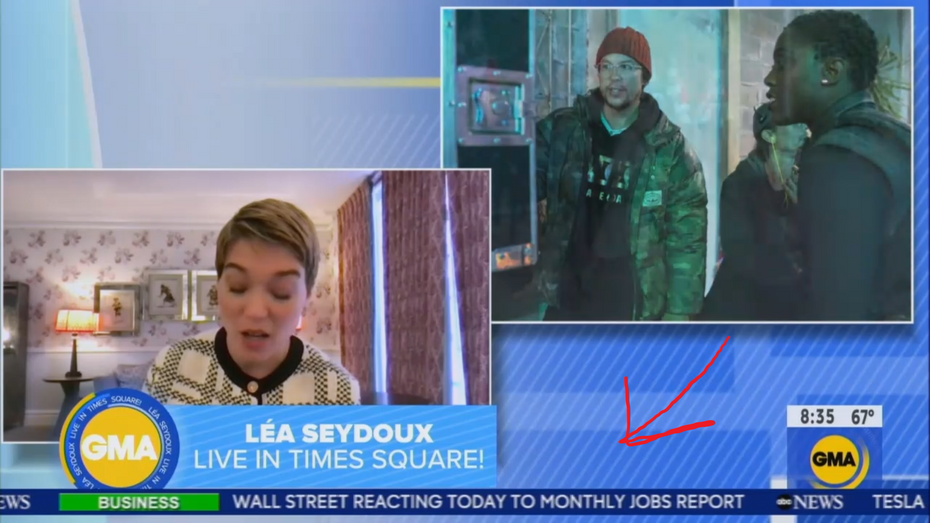 Over at CBS Morning, co-host Gayle King kicked off coverage following the BLS report by quoting anti-police music artist Lizzo: “‘We feeling good as hell.’” Too bad the U.S. economy isn’t sharing in King’s sentiments. But viewers wouldn’t know the jobs market wasn’t “feeling good as hell” watching the show.  The co-hosts spent the seconds after the BLS report dropped talking about a case of mistaken identity and music artist Adele being featured on both the British and American issues of Vogue magazine.

NBC’s Today was no better. In an economic segment actually called “Today’s Consumer,” the network spent a whopping 355 seconds of coverage talking about people getting allegedly hoodwinked by reportedly misleading vacation home rental profiles on Airbnb and Vrbo. There was no coverage of the disastrous BLS jobs numbers, however.

And not to be outdone, NBC’s 3rd Hour of Today spent 137 meaningless seconds on NBC contributor Jill Martin’s “Self-Care Challenge,” which included Martin taking on a “face yoga” challenge. This was apparently more important for the network than reporting the terrible economic news to its viewers.