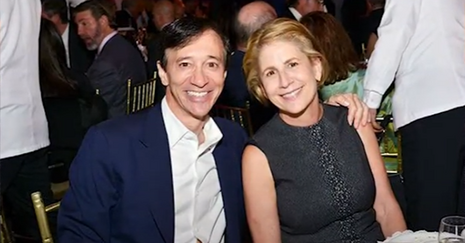 It is in this secret sex dungeon that Rubin, now 66, is accused of having committed violent acts and sexual assault against a number of women, including actual Playboy playmates. A civil trial, with six of his seven alleged victims seeking at least $18 million, is scheduled for November. Among other misdeeds, Rubin has been accused of ‘beat[ing a woman’s] breasts so badly that her right implant flipped’ — an injury so severe that, according to court documents, her ‘plastic surgeon was not even willing to operate on her breasts.’

One woman said she and Rubin “had sex against her will claiming that while bound in his chamber he told her: 'I'm going to rape you like I rape my daughter' before forcing her to have intercourse,” the Daily Mail reported. In addition, an initial lawsuit brought by two women alleged that while they expected Rubin to engage in “mild fetish games, and perhaps take photos, neither expected to be bound with rope and tape and gagged or to be actually beaten,” the Daily Mail continued.

Rubin’s allegedly violent behavior was also reportedly put on display at the office as well. A former co-worker told the Post that he once “‘saw him throw a chair on the trading floor.’” The co-worker continued: “‘He said, “F–k. I just lost $50 million!” and threw a chair at his computer. Then he came back and threw it a second time, even harder.’” The co-worker reportedly stated that the alleged violent behavior summed up Rubin’s personality: “‘High strung, aggressive, does not hold back his feelings. He was a trader whose ego was tied up in being the biggest swinging dick on Wall Street.’” [Emphasis added.]