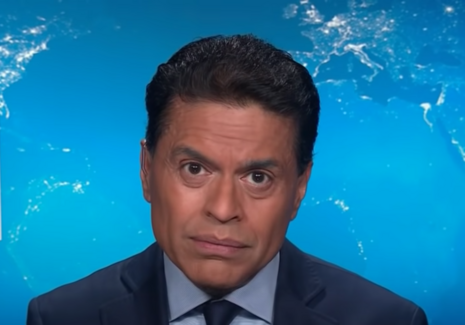 Zakaria fawned in a new op-ed headlined, “How Biden’s New Deal can really make America great again.” He went on to pretend that “Trump claimed he wanted to ‘Make America Great Again,’ President Biden is attempting to actually do it.” Zakaria must have missed economist and The Lindsey Group CEO Lawrence Lindsey’s October 2020 op-ed headlined, “The Trump Boom Is Real.” But according to Zakaria, “Biden’s infrastructure plan is the first major fiscal program in five decades that would focus once again on investment.” Zakaria praised how Biden’s multi-trillion infrastructure proposal — which follows his irresponsible $1.9 trillion stimulus — “harks back to the New Deal.”

Zakaria wrote as if late President Franklin Delano Roosevelt’s New Deal was a smashing success. According to Zakaria, “The New Deal was bigger (relative to the size of the economy at the time), but it is the only valid comparison with what the Biden administration is proposing.” The U.S. was also coming out of the Great Depression, which is hardly comparable to today.

Not once did Zakaria mention Biden’s massive proposed tax hikes in his op-ed, or the tax hikes FDR pushed in order to pay for his massive Keynesian programs. The Wall Street Journal Editorial Board recently noted that under Biden’s plans, “[t]he middle class will pay for the largest tax increase since 1968.”

Zakaria stated that “[w]here the spirit of the New Deal is sorely needed today is in the cost, efficiency and transparency of these kinds of projects.” He even claimed, “the New Deal was surprisingly well-run.” Really? FDR’s own Treasury Secretary Henry Morgenthau noted in his diary, as summarized by late economist Walter Williams:

‘We have tried spending money. We are spending more than we have ever spent before and it does not work. ... We have never made good on our promises. ... I say after eight years of this Administration we have just as much unemployment as when we started ... and an enormous debt to boot!’

Zakaria bypassed the New Deal disasters and concluded: “For the Biden administration to truly be transformative, it needs to rival not only the ambition of the New Deal but also its impressive execution.

Conservatives are under attack. Contact CNN at 1-(404)-827-1500 and demand it report the truth about the toll Biden’s leftist government spending will inflict on the economy.