The ABC, CBS and NBC evening news shows were so caught up in the euphoria of President Joe Biden’s $1.9 trillion stimulus bill that they ignored Democrats had snuck tax hikes into the legislation. 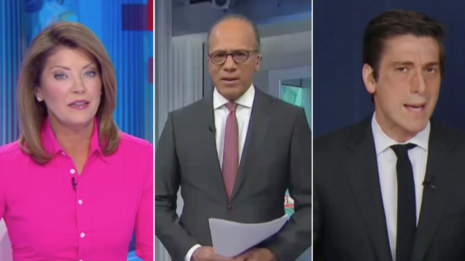 Politico released an eye-opening story March 10 headlined, “A $60 billion surprise in the Covid relief bill: Tax hikes.” The Politico story was released the same day that Congress passed the $1.9 trillion bill before sending it to Biden’s desk. “[Democrats] tucked a trio of little-noticed tax hikes on the wealthy and big corporations into their coronavirus relief package that together are worth $60 billion,” Politico reported.

The outlet said that the development was “surprising because Democrats were widely expected to put off their tax-increase plans until later.” Politico continued: “Many lawmakers are wary of hiking them now, when the economy is still struggling with the coronavirus pandemic.”

For all the bluster, there was no coverage on the existence of $60 billion worth of tax hikes silently etched into the bill.

Politico analyzed how Democrats were able to include tax hikes without generating too much media buzz:

The tax increases Democrats picked to help keep their plan’s cost in check had the political benefit of being arcane [or understood by few]. Unlike things like raising the corporate tax rate or upping the top marginal tax rate on the rich, the ones they chose won’t produce many headlines.

Watch the propagandized segments on Biden’s stimulus bill from the Big Three below.