Corporate America was approvingly woke when leftist Antifa and Black Lives Matter (BLM) activists rioted for several months. But businesses feign righteous indignation when people from the other side of the political aisle decide to engage in the same dangerous tactics for a day. 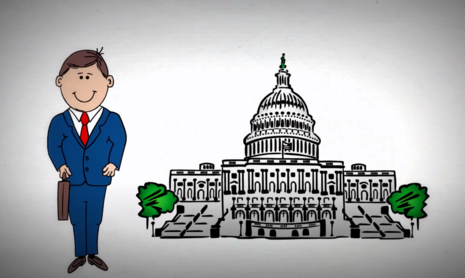 Many companies, like Ben & Jerry’s, Chevron, The Coca-Cola Company and The Walt Disney Company, took to Twitter to express their “outrage” at the events that transpired on Capitol Hill Jan. 6. This newfound outrage begs the question: Where was all this holy corporate fury when areas in cities ranging from New York City to Seattle and Chicago to Minneapolis and Portland were all set on fire throughout 2020? Even Washington, D.C was the scene of leftist rioting, but the reactions were far different.

Ben & Jerry’s gave arguably the worst response, decrying the “white mob” on Twitter Jan. 7. The company wrote,“Yesterday was not a protest—it was a riot to uphold white supremacy.” The company’s screed continued: “The mostly white insurrectionists roamed freely and without consequence through the heart of our democracy. The only explanation is that this was allowed to happen because they were white—not Black, Brown or Indigenous people.” The company apparently forgot that an “unarmed,” “pro-Trump protester” was shot and killed by a Capitol police officer during the riot.

This is an altogether different tone from what the liberal company had during the George Floyd riots last year. In fact, Ben & Jerry’s released a statement headlined, “We Must Dismantle White Supremacy.” The statement announced the company’s support for the Marxist Black Lives Matter movement, condemning “white America:”

“Four years ago, we publicly stated our support for the Black Lives Matter movement. Today, we want to be even more clear about the urgent need to take concrete steps to dismantle white supremacy in all its forms … Unless and until white America is willing to collectively acknowledge its privilege, take responsibility for its past and the impact it has on the present, and commit to creating a future steeped in justice, the list of names that George Floyd has been added to will never end.”

Chevron also seemed to have suffered from a lack of self-awareness in its tweet Jan. 6: “The violence in Washington, D.C. tarnishes a two-century tradition of respect for the rule of law. We look forward to engaging with President-Elect Biden and his administration to move the nation forward.”

The tweet from Chevron stands in stark contrast to a statement the oil company released in June 2020, at the peak of the riots that were taking place across the U.S. Chevron said in the June statement, “As the human energy company, we are just that – humans, and we’ve felt the impact of what is happening in the United States around racial injustice. Our company is rooted in a diverse and inclusive culture, but we also understand it is our time to listen and learn.” Chevron said nothing about the violence in its statement.

The Coca-Cola Company was no less hypocritical in its Twitter statement headlined in bold letters: “What happened in Washington D.C., is an offense to the ideals of American Democracy.” The statement proceeded to say: “We are all stunned by the unlawful and violent events that unfolded in Washington D.C.”

Again, in the midst of the 2020 Marxist riots, Coca-Cola Chairman and CEO James Quincey released a video statement detailing the company’s stance on “social justice” following Floyd’s death. He declared that America needed to end the cycle of systemic racism:

I’ve been reflecting on our duty to Black people in America. Simply put, America hasn’t made enough progress, corporate America hasn’t made enough progress and nor has The Coca-Cola Company.  As a nation and as individuals, we must do better. Businesses like ours can play an important role. As a company that believes diversity and inclusion are among our greatest strengths, we must put our resources and energy toward helping end the cycle of systemic racism, [emphasis added.]

The irony is that Quincey's statement on “social justice” was published on June 4, the same day as Minneapolis was reported to have suffered 220 buildings damaged from riots costing over $55 million at the time.

The Walt Disney Company, the parent company of ABC News, also expressed its heartbreak against the Capitol Hill riot. The liberal company tweeted out a statement by Disney CEO Bob Chapek Jan. 7: “Yesterday was a sad and tragic day, one unlike any other in our history. What we saw was an egregious and inexcusable assault on America’s most revered institution and our democracy.”

Chapek continued: “Now, more than ever, it is imperative that we come together as one nation — united by our shared values, including decency, kindness and respect for others.”

That’s a completely different approach than when the company pledged $5 million June 3, 2020 to support “nonprofit organizations that advance social justice, beginning with a $2 million donation to the NAACP, amid ongoing protests of the death of George Floyd.” The pledge was announced while the country was going through riots that spread across the country.

Chapek, in comparison to his Capitol Hill riot statement, did not specifically address the BLM riots in a statement on Floyd's murder:

The killing of George Floyd has forced our nation to once again confront the long history of injustice that black people in America have suffered, and it is critical that we stand together, speak out and do everything in our power to ensure that acts of racism and violence are never tolerated.