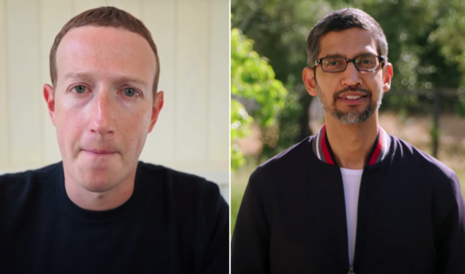 A Washington Monthly report headlined “How Facebook and Google Buy Off the Press” said that by 2018, both Big Tech companies “were already among the largest funders of journalism in the world.” However, since then, both corporations “have gone on to promise a total of $700 million in funding for journalism, not counting other ‘undisclosed’ funds and in-kind contributions.” What makes this funding dubious, is that “[j]ust who is receiving exactly how much from Google and Facebook remains hard to establish.”

Reportedly, both Facebook and Google disburse “most” of this funding through each organization’s “marketing and public relations budgets rather than through charitable foundations.” As a result, this makes the flow of money “as much of a black box as any search or newsfeed algorithms,” according to Washington Monthly.

Even the flows to nonprofit media entities do not necessarily become public record, because since 2018 the Internal Revenue Service has no longer required nonprofits to disclose their donors. Investigative journalists who want to follow the money need to rely on intensive gumshoe reporting of the kind few publications can afford anymore, thanks in large measure to the predations of Google and Facebook[.]

Fortunately, much of the funding can be tracked through other sources. For example, Google launched the Google News Initiative (GNI) in 2018. Washington Monthly noted that GNI had promised a whopping “$300 million in support for journalism to be distributed across the globe over three years, although the emphasis appeared to be on local news in the United States.”

The article claimed that Facebook had provided a “bit more detail” on specific grants. For example, “[i]n 2019, it gave 46 grants of between $5,000 and $25,000 to small, local news organizations through the Facebook Journalism Project, which were administered by the Lenfest Institute for Journalism.” However, “only $36 million was specified, and went to recipients like the Pulitzer Center ($5 mil), the American Journalism Project ($1 mil), and Report for America ($2 mil), among others.”

The extent of both Big Tech companies’ influence over journalism in America doesn’t stop there. Facebook also “gains influence over the press (while also scoring public relations points) by financing fact-checking initiatives.” For example, in 2019, Facebook was the “largest source of revenue” for the left-wing Poynter Institute’s International Fact-Checking Network, Washington Monthly said. In addition, Google also “finances fact-checking organizations (many of the same ones as Facebook), but is even vaguer than Facebook about the amount it gives and to whom.”

Washington Monthly concluded its groundbreaking analysis with a harrowing warning: “When we need critical reporting about Big Tech more than ever, we should all be concerned that Facebook and Google are funding the news.”

Conservatives are under attack. Contact Facebook headquarters at 1-650-308-7300 and Google at 1-650-253-0000 demand that Big Tech disclose all news organizations they currently fund. If you have been censored, contact us at the Media Research Center contact form, and help us hold Big Tech accountable.