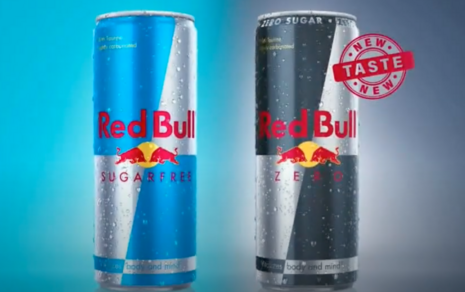 The Austria-based company that makes the Red Bull energy drink “has replaced its top U.S. executives amid internal tensions over the closely held company’s response to the Black Lives Matter movement,” according to The Wall Street Journal July 15.  This follows backlash from employees over a leaked image of a map at a company presentation which had “offensive” stereotypes. Business Insider said that the world map “labeled the Middle East and Southeast Asia as ‘evil doers,’ continental Europe as ‘pussies,’ and South America as ‘coffee comes from here I think.’"

North America chief executive Stefan Kozak and North America president and chief marketing officer Amy Taylor, who had been working on “diversity and inclusion efforts within the company” with Kozak’s support, have left the company.

Taylor “was met with opposition when she began advocating for Red Bull to be more overt in its support of racial justice in the last month,” according to The Journal.

“Several insiders close to the situation said it was widely believed that Kozak and Taylor were fired by Austrian leadership over the leak and internal tension over diversity issues,” according to Business Insider.

According to The Journal:

Red Bull has also decided to discontinue much of its culture marketing programs, and the head of global culture marketing, Florian Klaass, will leave the company, a spokeswoman said. Mr. Klaass, whose team presented the offensive slide at the February meeting, didn’t respond to requests for comment.

Woke U.S.-based executives “believed the company had an obligation to publicly support racial justice because it has benefited from its close association with Black culture,” The Journal said. [Emphasis added.]

It doesn’t look like Red Bull is having any of it.

The Journal also detailed other companies who are undergoing similar pressures from their employees to support leftist agendas:

Companies from sneaker maker Adidas AG to tech giants like Facebook Inc. have faced pressure from employees to do more to confront racism and promote diversity, as social activism over the police killing of George Floyd moves deeper into the workplace.

Contact Red Bull and tell them to continue standing firm against woke culture.