CNBC prophesied global destruction as a result of “human-caused climate change,” based on a study published by a liberal science journal. The journal, of course, omitted any mention of a human impact on climate. 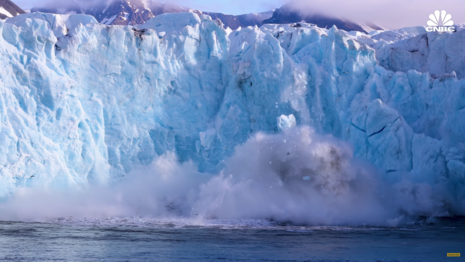 “A massive ice sheet in Greenland is set to raise global sea levels by nearly a foot by the end of this century, in a melting event driven by human-caused climate change,” CNBC freaked out in an Aug. 29 story.

There was just one problem with CNBC’s claim. The original study, published by Nature, never mentioned the words “human,” “people,” “fossil fuel,” “oil,” “gas” or “person” once.

So much for “human-caused climate change.” CNBC appears to have arbitrarily inserted that language into its report.

Nature also endorsed Joe Biden for president in 2020, publishing an editorial 2 ½ weeks before the election headlined, “Why Nature supports Joe Biden for US president.” The journal whined in support of Biden’s candidacy.

“We cannot stand by and let science be undermined,” the article whined. “Joe Biden’s trust in truth, evidence, science and democracy make him the only choice in the US election.”

On the same day that CNBC published its apocalyptic story, another report came out completely undercutting the eco-doom narrative. The Greenland ice sheet gained seven gigatons of mass in just one day — the largest daily gain ever recorded during the summer, according to Disclose TV's summary of data from Arctic research institution Polar Portal.

That fact alone calls into question the Nature study that CNBC mischaracterized. The research published in Nature predicted that 3.3 percent of Greenland’s ice sheet will melt, which would theoretically cause sea levels to rise about 10 inches between now and 2100.
The outlet continued to push misinformation on the effects of so-called climate change on Greenland. “Climate change from the burning of fossil fuels has led to longer summers in Greenland and accelerated the retreat of glaciers and the island country’s ice cap.”

Again, the Nature study did not once cite the terms “fossil fuel” or “oil.”

The CNBC reporter who wrote the article, Emma Newburger, did not respond to a request for comment on the recent report that the Greenland ice sheet gained seven gigatons of mass in one day.

Conservatives are under attack. Contact ABC News 818-460-7477, CBS News 212-975-3247 and NBC News 212-664-6192 and demand they report on Greenland’s ice sheet reportedly gaining seven gigatons of mass in one day, in direct contradiction of the left’s narrative around climate change