Liberal billionaire George Soros is pushing back big time against critics of woke prosecutors that he helped elect across the country. He claimed in a recent commentary that the “agenda” of his “reform-minded prosecutors” is both “popular” and “effective.” 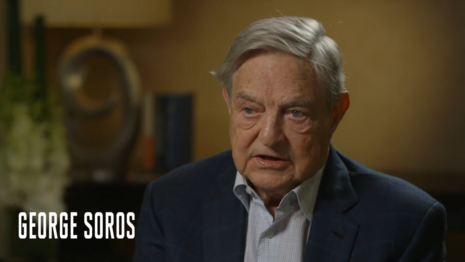 Soros made no apologies for funding radical, anti-police prosecutors in a July 31 commentary headlined, “Why I Support Reform Prosecutors.” His subheadline was just as ridiculous: “Justice or safety? It’s a false choice. They reinforce each other.” It’s unclear who Soros is suggesting argued that promoting justice and safety were antithetical to one another, but that did not stop him from pushing his absurd agenda.

“I have supported the election (and more recently the re-election) of prosecutors who support reform. I have done it transparently, and I have no intention of stopping,” he wrote. “The funds I provide enable sensible reform-minded candidates to receive a hearing from the public. Judging by the results, the public likes what it’s hearing.” Soros continued: “This agenda, aiming at both safety and justice, is based on both common sense and evidence. It’s popular. It’s effective.” [Emphasis added].

Is that so, Soros? That’s strange, because one of the most liberal cities in the U.S., San Francisco, voted to remove the infamously woke District Attorney Chesa Boudin. A network of Soros-funded feeder organizations helped Boudin raise more than $620,000, according to The Washington Times. And if that wasn’t enough to prove Boudin’s leftist chops, Wall Street Journal opinion columnist Andy Kessler reported that Boudin once served as an interpreter for former dictator of Venezuela, Hugo Chávez.

Soros also attempted to distance himself from the radical leftist “defund-the-police” movement. “The goal is not defunding the police but restoring trust between the police and the policed, a partnership that fosters the solving of crimes,” he wrote.

Soros can denounce the “defund-the-police” movement in print, but his money tells a different story. The far-left billionaire backed an initiative to dismantle and replace the Minneapolis Police Department, according to Fox News reporter Joe Schoffstall. Schoffstall said that Open Society Policy Center (OSPC), a group that is part of the Soros philanthropic network, gave $500,000 to a radical group devoted to defunding the police, Vote Yes 4 Minneapolis.

Except Soros-backed prosecutors aren’t actually improving the justice system. Another Soros-funded woke prosecutor came under national scrutiny last year when he pushed to jail a father who said a transgender student raped his daughter in a Loudoun County school bathroom. Police tackled the father during the highly publicized June 2021 school board meeting, leaving him bruised and bloodied.