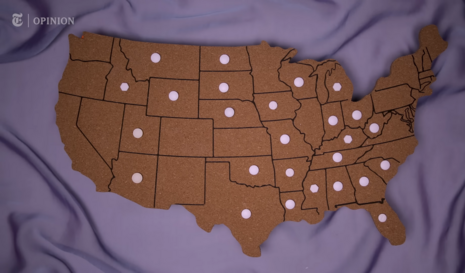 ESGs provide a smokescreen for left-wing bigwigs in C-suites to force radical leftist politics on shareholders, according to former McDonald’s CEO Edward Rensi. Utah State Treasurer Marlo Oaks called ESG “the greatest threat to our freedoms in America today without question,” during an exclusive interview with MRC Business.

Disney, one of the most notorious left-wing companies utilizing ESGs, assured employees that it would provide them with abortion travel benefits in a statement obtained by CNBC and issued the same day as the Dobbs decision. Footwear company Nike told MRC Business on June 28 that “We cover travel and lodging expenses in situations where services” — abortions —  “are not available close to home.” Even DoorDash, a food delivery company, jumped into the preborn baby-killing fight.

“Because safe abortion procedures may become severely limited in more states, DoorDash will cover certain travel-related expenses for employees who face new barriers to access and need to travel out of state for abortion-related care,” a DoorDash spokesperson told MRC Business in a June 28 email.

Here are some of the companies that announced travel cost reimbursements for abortions following the leaked SCOTUS draft opinion on Roe and the eventual decision released over a month later.

Daily Wire commentator Matt Walsh summed up the possible reason why a growing number of major companies are offering to pay travel expenses for abortion: “Billion dollar corporations offering to pay for their employees’ abortions so that they can get right back to their cubicles and not miss any time on maternity leave is honestly the most dystopian thing I’ve ever seen. Really chilling stuff.”