San Francisco's infamously woke District Attorney lost his recall election and even The New York Times couldn’t avoid kicking him on his way out the door. 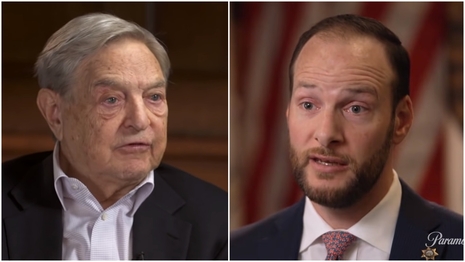 San Franciscans voted — with a 60.5 percent majority — to eject ex-District Attorney Chesa Boudin out of office, according to The Washington Times. That was despite Boudin’s patronage from leftist megadonor George Soros. The Washington Times revealed back in 2020 that Boudin reportedly raised more than $620,000 from a network of Soros’s feeder organizations. But in a surprise twist for the liberal New York Times, it summed up the “backlash” against Boudin best in a June 8 article on the recall election: “Locally, the resounding recall suggested that many in San Francisco’s Democratic hierarchy are out of step with — and further left than — the city’s voters, one of the most liberal electorates in the country.”

Boudin once served as an interpreter for former dictator of Venezuela, Hugo Chávez, according to Wall Street Journal opinion columnist Andy Kessler.

Boudin’s 2 and 1/2 year stint as San Francisco’s District Attorney was rife with controversy. 60 Minutes interviewed then-District Attorney Boudin on the city’s “historic drug crisis,” but Boudin defended his soft touch on crime: “We need to do more than simply arrest street level dealers who possess a few grams of drugs.” He continued:“If all you’re doing is taking a couple grams off the street, great. We’ll prosecute that case. We are, we always have, but it has never made a difference. And it won’t.”

Boudin was defeated by a voter coalition of Democrats, independents and Republicans who “grew agitated” by a citywide crime wave, The Times reported. Some videos of open drug use, the ransacking of stores in broad daylight and brutal attacks on Asian Americans went viral and sparked outrage across the country, even in liberal circles.

Drugstore chain Walgreens announced in 2021 that it was closing five of its locations in San Francisco after a spate of robberies rocked the city.

Former chair of the Democratic Party in San Francisco, Mary Jung, led the fight to recall Boudin. “‘In San Francisco, you don’t know anybody who hasn’t had their car broken into,’” Jung reportedly said.

“Mr. Boudin himself acknowledged that he did not report his own car being broken into three years before he took office,” The Times added.

Boudin’s 2019 campaign emphasized “equal justice for all,” ending money bail, opposing border control and pushing back against former President Donald Trump, according to a 2019 advertisement funded by his campaign. He also talked about his parents, both of whom were imprisoned for “murder and robbery” in connection with the radical domestic terrorist group, the Weather Underground, according to NBC News.