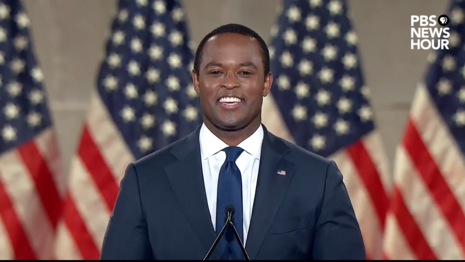 “There is an increasing trend among some investment management firms to use money in public and state employee pension plans—that is, other people’s money—to push their own political agendas and force social change,” Kentucky Attorney General Daniel Cameron stated in a May 26 legal opinion. Politicians, news commentators and political watchdog organizations also blew the lid off the blatant hypocrisy of ESG standards in recent days.

Cameron noted ESG standards are a tool for woke investment firms to ignore and trample shareholders:

“Today, in perhaps an even more pernicious version of the trend, the debate is no longer left to stockholders. In fact, there is little-to-no debate. Investment managers in some corporate suites now use the assets they manage—that is, other people’s money—to enforce their preferred partisan sensibilities and to seek their desired societal and political changes.”

Former Vice President Mike Pence also wrote a May 26 op-ed slamming ESG standards: “ESG is a pernicious strategy, because it allows the left to accomplish what it could never hope to achieve at the ballot box or through competition in the free market. ESG empowers an unelected cabal of bureaucrats, regulators and activist investors to rate companies based on their adherence to left-wing values.” [Emphasis added]. Pence also called ESG scores similar to “social credit scores issued by the Chinese Communist Party.”

Fox News host Laura Ingraham summed up the problems with ESG standards on the May 26 edition of her show The Ingraham Angle. “[T]he acronym ESG is a classification and rating system that globalists are now using to pressure American companies into adopting progressive practices at every level of their operations,” Ingraham said.“Well, basically, think of those behind the ESG movement as the self-appointed thought and governance police for corporate America.”

The anti-woke Consumers’ Research organization uncovered one example of the radical leftist political agenda under the “social” part of ESG. The group reportedly obtained insurance company State Farm’s Jan. 18 email promoting “The GenderCool Project.” The project seeks to normalize “transgender and non-binary kiddos” through movies, ad campaigns and books, according to its website.

Consumers’ Research posted purported screenshots of a startling book allegedly written in collaboration with The GenderCool Project. The book, titled “A Kids Book About Being Non-Binary,” is available for $19.95 on akidsco.com. “Gender is how you feel in your heart and mind, but it may not match what the doctor says when you are born,” the author wrote in the book, according to purported screenshots posted by Consumers’ Research. “To be non-binary for me [means] I am not a girl or a boy, I am somewhere outside of that.”

One politician in Utah sounded the alarm on ESG standards in early May. Utah State Treasurer Marlo Oaks made clear that everyday Americans should not underestimate the danger of ESG standards in an exclusive interview earlier this month with MRC Business: “I would say [ESG] is the issue for 2022 and beyond,” Oaks said. “It's the number one issue without question. It is the greatest threat to our freedoms in America today without question.”