WATCH: Kevin O’Leary Says Censorship Is Why Twitter Is at Bottom of Dante’s ‘Hell’

Shark Tank star Kevin O’Leary smacked the censor czars at Twitter for their abysmal performance, defended Elon Musk’s bid for owning the platform and stood up for free speech — all in under five minutes.

O’Leary slammed Big Tech censorship just days after Tesla CEO Elon Musk announced his $43 billion bid to buy out Twitter. O’Leary vigorously defended free speech on CNBC’s April 18 edition of Squawk Box. “[W]hen you start to try and figure out who should have a voice and who shouldn’t, you’re stepping on the basic principles of free speech in America. And that really doesn’t sit well with a majority of the population.”

He also argued that Twitter’s obsessive censorship agenda cost the company its bottom line. Twitter has become a “miserable investment” for shareholders, according to O’Leary. The reason the investing environment was so terrible? Too much censorship. “The reason this thing has underperformed is they’ve tried to do this curation by canceling voices and losing millions of followers. This is an abysmal performance.”

O’Leary summed up what Twitter’s wokeness has done to investors: “It’s horrific what this company has done to their shareholders. I weep like a baby for them. I wouldn’t touch this stock.” O’Leary said, however, that if Musk offered him a deal to buy into Twitter, “I’d back him because of executional performance on everything he touches. The rest of this board and those employees have done a horrifically bad job. I think they should be fired.” 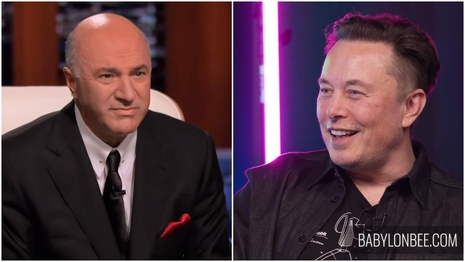 O’Leary didn’t stop there. “You know there’s Dante’s hell? At the very bottom of that is Twitter,” he said. “This has been a horrific place to try and grow a business. It needs change. It needs the whacking stick. It needs everybody cleaned out of there.” Dante Alighieri was an Italian poet best known for his epic poem The Divine Comedy, according to Encyclopedia Britannica. The bottom circle of hell was where Satan resided.

And the way out of Dante’s Inferno? O’Leary suggested Musk’s play for the company as a possible solution. “The biggest risk for shareholders here — whether you believe in the free speech issue or not — is if Musk goes away. Then they’re back in the same miserable place they are now.”

O’Leary drove home that free speech, like every other freedom, has a cost: “The cost of free speech — the cost to society — is allowing the lunatic fringe to have a voice. And that’s always been the case, back to when they were writing newspapers by hand.”

The Shark Tank star also slapped down the feasibility of attempting to “curate,” or censor, certain content on the internet. “The point is, you can’t curate the entire internet,” said O’Leary. “It’s not going to work. You can provide tools, and that’s what Twitter should do.”