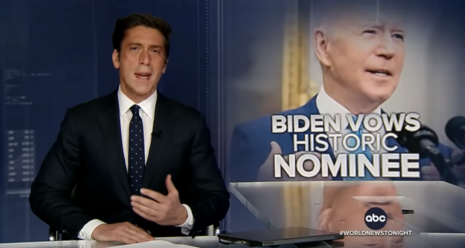 Biden’s announcement of his first Supreme Court nominee “will cap off a White House decision-making process that has been supported — and pressured — by a secretive network of liberal ‘dark money’ advocacy groups and anonymous donors who seek appointments of far-left judges,” according to Boyer.

Boyer identified Arabella Advisors as “the billion-dollar force behind the Democratic dark money network, which overtook the Republican Party in the amount of undisclosed political spending in 2020.” The Capital Research Center (CRC) marked Arabella as one of the “country’s most influential left-of-center nonprofit funding operations.” The CRC also noted that “[w]hile [Arabella’s] influence has traditionally been quantified in vast sums of money," it can "also be measured by their connections to high-level officials in the executive branch.”

Boyer emphasized how the dark money network has been flexing its muscles on Biden’s Supreme Court nomination:

“Demand Justice, which began as a project of the dark money behemoth Sixteen Thirty Fund, has already shown its power by bullying Justice [Stephen G.] Breyer into retirement,” said Caitlin Sutherland, executive director of the conservative-leaning Americans for Public Trust. “Now, with nearly unlimited resources at their disposal and insiders in the White House leading the selection process, they have a seat at the table to push their hand-picked candidates that they deem sufficiently radical.”

Boyer wrote that the Sixteen Thirty Fund spent a whopping $410 million in 2020 to defeat Trump and “help Democrats win control of the Senate.” Boyer added that the Fund “pressed Mr. Biden to add seats to the Supreme Court in a failed bid to change its ideological balance” and “advocat[ed] for judicial nominees whom conservatives view as extremists.”