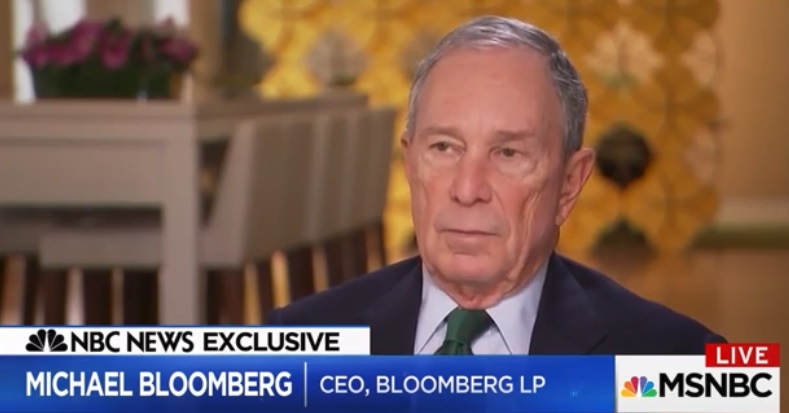 One peek at the “guns” section of Bloomberg View shows many calls for gun control, anti-NRA editorials, as well as finger pointing at President Donald Trump and Republicans.

In the wake of the tragic school shooting in Parkland, Florida that left 17 dead and over a dozen injured, a Feb. 16, 2018 opinion piece at Bloomberg View argued that “exciting new” “smart gun” technology is what the gun industry “needs to revive lagging sales” and help reduce U.S. gun violence.

Yet, columnist Joe Nocera admitted the technology “would not stop mass shooting by killers like the one in Florida who buy their guns legally.”

He attributed a recent gun sales “slowdown” to the Trump presidency, saying people no longer fear that the government will try to repeal their gun rights. Nocera cited a 2015 study by the National Opinion Research Center at the University of Chicago claiming that less than a third of Americans live in a household with a gun. However, two 2017 polls, conducted by Pew Research Center and Gallup, found 42 percent of Americans lived in a household with a gun.

He argued smart guns were the future of the gun industry and a way to revive sales because they prevent anyone but the rightful owner of the gun from using them, either through biometrics, radio waves, or a special band worn by the gun owner.

Nocera blamed the NRA for the fact that smart guns aren’t already popular in the market, instead of acknowledging criticism of the technology. According to Nocera, the NRA is opposed to smart guns out of fear “that if smart guns became popular, legislators would mandate that all guns be equipped with the technology.”

He didn’t mention any concerns about smart gun technology even though there are many. As one cybersecurity writer for Forbes noted, there are many potential problems including malfunction, the need for a power source, the risk of imperfect authentication technology, possible hacking or jamming and even worse — the serious danger if a police officer cannot use a fellow officer’s gun in a emergency situation.

In 2016, liberal NPR aired a segment about the “opposition” to smart guns from both “gun lovers and gun-control advocates.”

Nocera's anti-NRA statements and failure to include criticism of the technology, were right at home on Bloomberg’s website. Even a cursory search of the site reveals dozens of anti-gun pieces all promoting the bias shared by the media company’s owner Michael Bloomberg. In 2014, Bloomberg announced that he would spend $50 million on an activist group he co-founded: Everytown for Gun Safety.

Following the Parkland shooting, numerous celebrities and news outlets, including MSNBC, ABC News, NBC News, CBS News, TIME, MSN, and BBC parroted an Everytown for Gun Safety falsehood that there had been 18 school shootings in 2018.

Some media outlets including the liberal Washington Post called out the group for that statistic calling it “flat wrong.” The Post wrote that “Everytown has long inflated its total by including incidents of gunfire that are not really school shootings.”