Following the passage of Indiana’s Religious Freedom Restoration Act (RFRA), the Huffington Post began churning out anti-religious freedom screeds like an assembly line of hyperbole. The most outrageous of which came from Episcopal "Reverend" and activist Susan Russell, who called the law a "perversion of religion into a weapon of mass destruction."

History -- both modern and ancient -- is tragically full of examples of times and places where religious discrimination has been the source of persecution, death and destruction. The perversion of religion into a weapon of mass destruction is antithetical to the core beliefs of all the world's great religions. And yet, none of those religions have escaped the sad reality that human beings -- given the power to do so -- will use God as an excuse to inflict pain and suffering on other human beings.

Our forefathers knew that. And they brought that knowledge -- that wisdom -- into our Bill of Rights with a First Amendment that begins: "Congress shall make no law respecting an establishment of religion, or prohibiting the free exercise thereof..."

She had a very limited definition of “free exercise” of religion: “The First Amendment protects your right as an American to the free exercise of your religion. It does not protect your right to use your religion as an excuse to discriminate against other Americans."

Did she find the idea that religious freedom had to cave to deviant sexuality in the Declaration, the Constitution, Madison’s Convention notes, or Joseph Story’s Commentaries on the Constitution? No.

In any case, Russell warns that this law "is the first of many proposed measures pending in statehouses around the country - all with the intent of allowing business owners and individuals to discriminate against LGBT people on religious grounds."

Apparently, Russell was too busy botching elementary scripture passages to notice that Indiana is actually the 20th state to adopt a RFRA law and that the origins of said laws date back to the 90's, long before gay "rights" became an issue.

As if that wasn’t over the top enough, Russell invoked the words of Christ to theologically attack Governor Mike Pence for his failure to deliver a yes or no answer to a question about discrimination, "Maybe Governor Pence missed it in Sunday School, but Jesus...actually had an opinion on answering yes or no questions. It's in Matthew 5:37 and it's really very simple. Jesus said, "Let your yes be yes and your no be no."

In context, the passage reads as follows:

"Again you have heard that it was said to those of old, ‘You shall not swear falsely, but shall perform your oaths to the Lord.’ But I say to you, do not swear at all: neither by heaven, for it is God’s throne; nor by the earth, for it is His footstool; nor by Jerusalem, for it is the city of the great King. Nor shall you swear by your head, because you cannot make one hair white or black. But let your ‘Yes’ be ‘Yes,’ and your ‘No,’ ‘No.’ For whatever is more than these is from the evil one" (Matt 5:33-37 NKJV).

When the passage is read by even the most simple of laymen, it becomes obvious that Jesus was condemning foolish oaths. He was not talking about ethical guidelines for contemporary news interviews or everyday conversations.

The Daily Beast turned to Gene Robinson, the Episcopal Church celebrity who became the first gay Bishop of New Hampshire, for religious guidence.

It is difficult for me to understand how this is not akin to the fervently held religious beliefs that the races should not “mix” in marriage, and the anti-miscegenation laws that emanated from those beliefs. Of course, in 1967 the U.S. Supreme Court struck down those laws as unconstitutional in Loving v. Virginia. How is this any different from a 1960s lunch counter owner denying service to African Americans because of his religious beliefs (widely held at the time) that “Negroes” were lesser human beings and citizens than white folks?

Taken to their logical and extreme conclusion, such laws could allow someone to ask to be exempted from meeting the requirements of the Americans with Disabilities Act, if that person’s religion believed (as in much of the Old Testament) that physical infirmities were the result of the afflicted person’s sin (or that of his parents), and “my religion condemns sin rather than cooperating with it.”

Interestingly enough, not once in the entirety of his rant did Robinson provide an example in which any of his warnings actually came to pass in any of the states with RFRA laws. Furthermore, his comparison between homosexuality and black segregation is easily refuted. Activists like Robinson can never abide the notion that their sexual orientation – the centerpiece of their identity and their politics – can change, unlike one’s skin color.

However, Robinson went one step beyond crying discrimination and questioned the sincerity of the religious freedom proponents, "If this were really about condemning sin, then service would be denied to all sinners, not just a particular sin among a particular, targeted group."

Even if one were to grant Robinson this point, it is irrelevant; one does not lose their religious freedom because they fail to be consistent with their theological convictions. 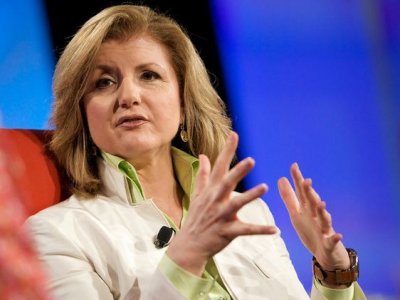 Finally, Richard Brodsky at the Huffington Post tried to argue that religious freedom can’t be used to "discriminate" against gays by invoking "traditional" legal practice:

The traditional view was that by engaging in business, you agreed to live by the laws of commerce. If not, then religious belief could justify segregation, or refusal to hire or serve women, or Muslims, or Catholics, or Jews. Or gays. There were, and are, a lot of sincerely religious people who would jump at that opportunity. The Indiana law re-establishes the right to commercially discriminate, especially against gays, if that's your religious teaching.

Given that the "traditional view" did not extend minority protection for gays, Brodsky is either being forgetful, deceitful, or he graduated from Harvard Law School with as much of a grasp on the first amendment, as Russell and Robinson did on Christianity after they left seminary.

Then Brodsky sounded like an MSNBC audition at the end, that religious conservatives were radical and "un-American" in their view of freedom:

It isn't the least bit "conservative". It is a radical, un-American, reactionary re-writing of our basic freedoms. We had struck a constitutional balance between private religious observance and public commercial activity. Real conservatives would be looking for a way to reasonably accommodate both interests.

The ignorance of and contempt for religious freedom continues unabated in the Huffington Post and the Daily Beast.